An Anglo-Saxon carving of a face has caused a STARE after it was uncovered by workmen during a church renovation project – 1,200 YEARS later. The image discovered at Worksop Priory dates back as far as 980 AD as experts confirmed the find which was discovered during the installation of a new heating system. The […] 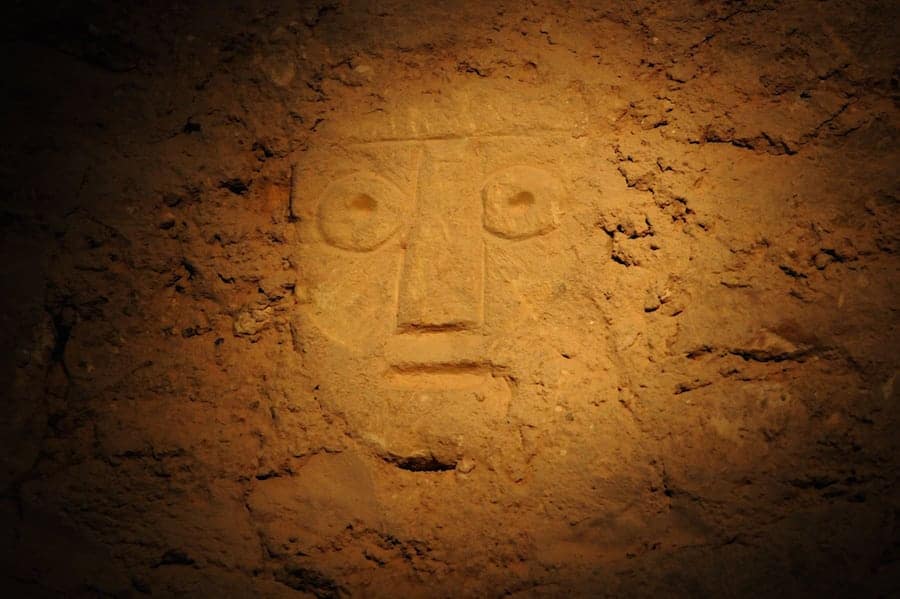 An Anglo-Saxon carving of a face has caused a STARE after it was uncovered by workmen during a church renovation project – 1,200 YEARS later.

The image discovered at Worksop Priory dates back as far as 980 AD as experts confirmed the find which was discovered during the installation of a new heating system.

The heat helped dry out the church’s walls so that peeling plaster could be removed.

As stone mason Heath Shakespeare was chiseling away he was surprised to see a face “looking back at him”.

The wall was finished around 1260 AD and may have been a felt stone that someone decided to decorate before it was lime-washed over.

Father Spicer said: “The stone was probably carved elsewhere and part of another church or building and then brought to Priory.

“Either way, Worksop has another treasure for us to love and be proud of.”

The Priory, a former Augustian monastery that was founded in the 12th century, already boasts its fair share of treasured artefacts.

The church is home to a 14th century Grade I listed gatehouse, including a shrine chapel which is still occasionally used for worship and has an external wall covered in intricate sculpture.