Questions have been raised over whether the money will be focussed on maximising wildlife benefits or spent in areas of political interest to the Tories. 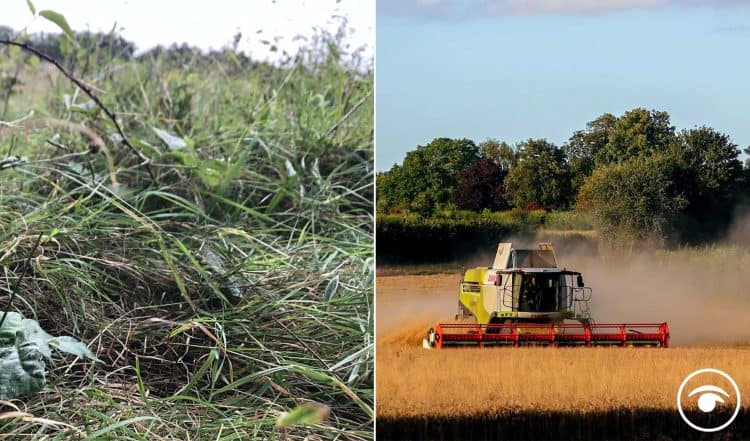 Farmers in England will be given taxpayers’ cash to rewild their land under plans for large-scale nature recovery projects announced by the government.

The Nature recovery schemes are part of a post-Brexit subsidies overhaul, but eco campaigners are sceptical about the plans and whether they will meet the goverment’s own target.

It comes after the government set out its aim to have 30 per cent of land in the country for the good of nature by 2030. It was hoped that this would halt the loss of many types of plants and animals that have become rare, due to the lack of uncultivated land.

Successful bids, which will cover landscapes of between 500 and 5,000 hectares (1,200- 12,000 acres), will be chosen by a team of experts over the summer, and are likely to include a mix of different projects.

It is hoped the pilots will create 10,000 hectares (25,000 acres) of restored wildlife habitat – a tiny fraction of England’s farmed land.

They are expected to deliver carbon savings of between 25,000 and 50,000 tonnes a year and improve the status of around half of the most threatened species in England including the curlew, sand lizard and water vole.

George Eustice, the environment secretary, said: “Through our new schemes, we are going to work with farmers and land managers to halt the decline in species, reduce our greenhouse gas emissions, increase woodland, improve water and air quality and create more space for nature.”

However, The Wildlife Trusts, RSPB and National Trust charities said detail on how the schemes would work was still lacking.

Environmental campaigner and author, Guy Shrubsole tweeted: ” Brief thoughts on this: – Rewilding will only be incentivised via the ‘top tier’ payment of Landscape Recovery – 300k hectares is 2.3 per cent of England – It’s encouraging that the top tier is getting an equal pot (£800m) as the two lower tiers (=£2.4bn total)”

However, Guardian Journalist Tom Levitt was unsure where these areas are going to be. He replied: “Where do you think those 300k hectares will end up being? i.e. will it be in most appropriate places? Eustice didn’t say in his speech just now at @oxfordfarming“

Shurbsole also mentioned the Scottish approach would be better to copy in England.

He tweeted: “As you know, I’d love to see Scotland’s Community Right to Buy legislation copied in England. Without it, chances of a wider public being able to participate in rewilding or other land use decisions remain slim.”

Martin Powell replied to Guy writing: “I wonder how transparent the process for allocating this money will be, and how truly focused on maximising wildlife benefits? Or if as with other Govt pots of money, allocation gets distorted to favour particular areas by political considerations?”

Craig Bennett, the chief executive of The Wildlife Trusts, to the Guardian: “The real test of this agricultural transition is not whether it is a little bit better or moderately better than what came before, but whether it will be enough to deliver on [the government’s targets]. Anything less than that means that this historic opportunity will have been wasted. While we’re hearing the right noises from the government, the devil will be in the detail and the detail is still not published nearly six years after the EU referendum.”

Martin Lines, the UK chair of the Nature Friendly Farming Network, said that farmers who already take environmental measures were “left in limbo” before the schemes start in 2024. “Government has been running similar environmental stewardship schemes voluntarily for farmers for 20 or 30 years, yet we still have seen huge declines in wildlife. We need these schemes to be bolder and more ambitious, not just delivering more of the same with minor improvements,” he said.

George Dunn, of the Tenant Farmers Association, said: “It is alarming that, after at least three years of discussions with the Department for Environment, Food and Rural Affairs, it has no clear plan for access to these schemes by tenant farmers. [Current payments] are being removed while we have a vague commitment for further work to be undertaken on how tenants, and those who use common land, can access schemes. It does feel like we are pushing water uphill.”