The journalist, who left the BBC earlier this year, said the media was often guilty of ‘normalising’ populist views in the name of balance. 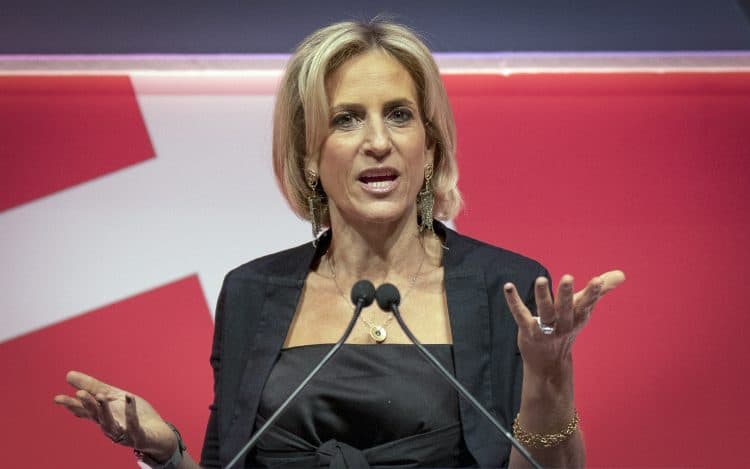 Channel 4 boss Ian Katz has praised Emily Maitlis’s MacTaggart Lecture as “brilliant” and said it serves as a powerful reminder that “due impartiality is the bedrock of journalism”.

The broadcaster’s chief content officer was editor of BBC current affairs show Newsnight between 2013 and 2017 when Maitlis was an anchor.

During her address at the Edinburgh TV Festival on Wednesday, Maitlis argued the media has failed to adapt to a change in politics and was guilty of “normalising” populist ideas.

Speaking during a panel at the festival on Thursday, Mr Katz said: “Impartiality does not mean calling out things that are simply untrue.”

He added that he thinks “the thing we have to obsess about as news organisations is trust” and claimed that Channel 4 is the most trusted news outlet in the UK.

Reflecting on what the future may hold for Channel 4 as the Government seeks to privatise the channel, Mr Katz said: “I covered politics for a long time (and) I learnt it is a fool’s game to try to predict what politicians do.”

He added that the “whole industry” made it clear that the contribution that Channel 4 makes to the economy, levelling up and TV is “best protected in public hands”.

He also admitted discussions around privatisation had been “quite energising” for him and his colleagues to give them a “lazar-focus” on their remit.

During her MacTaggart Lecture on Wednesday, Maitlis also claimed the BBC “sought to pacify” Number 10 by issuing a swift apology for her 2020 Newsnight monologue about Dominic Cummings following his lockdown trip to Durham.

In response, the BBC said: “As we have made clear previously in relation to Newsnight we did not take action as a result of any pressure from Number 10 or Government and to suggest otherwise is wrong.”

Mr Katz also suggested the number of shows and TV formats currently being rebooted by broadcasters is “depressing”.

His comments come after ITV announced it was reviving Big Brother, while Channel 4 has itself rebooted shows such as Changing Rooms and The Big Breakfast in recent years.

Mr Katz said Big Brother was a “wonderful show” which did “wonderful things” during its time on Channel 4 but feels the channel is focusing on commissioning new shows rather than reviving older models.

He said: “I’m sure it will bring an audience to ITV but I do think there is something depressing about this microwave moment of TV of shows being reheated.

“If Channel 4 is about anything it is about finding that new dish”.

Investigating Diana: Death in Paris explores the French and UK police investigations that followed her death in a car crash in Paris 1997.

Ms Nahal said the documentary plays out almost like a police procedural.

She added that the channel wants to be “provocative and challenging” with their documentaries, and that in another programme they will take a “forensic, tough look at history” focusing on the partition of India through a modern-day lens and how Britain’s action caused long-term consequences.