A private school has withdrawn an advert and apologised after an advert for the elite school appeared to suggest that those who attended the school would one day be rich enough to “buy their dad a jag.” The advert for Vinehall School in East Sussex told the story of a boy arriving in his father’s […] 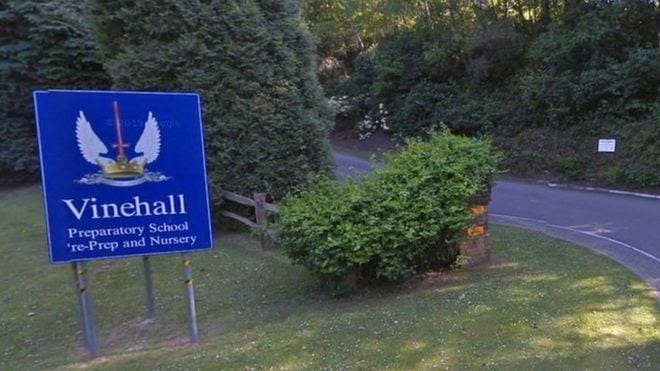 A private school has withdrawn an advert and apologised after an advert for the elite school appeared to suggest that those who attended the school would one day be rich enough to “buy their dad a jag.”

The advert for Vinehall School in East Sussex told the story of a boy arriving in his father’s Volvo, but wishing he had the headmaster’s Jaguar.

After attending the school and being “very successful in business” he buys his father a Jaguar when he retires.

High five to Vinehall School for the most cringeworthy school ad I’m ever likely to see.
‘Your mug of a dad drives a Volvo *smug muttering*… but our head drives a Jaaaaag. You might buy your pathetic Dad a Jaaag one day… come to our school”
Truly Weird.@VinehallSchool pic.twitter.com/rHaKOh1NSU

The independent day and boarding school in Robertsbridge, East Sussex, for children aged between two and 13 charges fees of up to £23,000 per year.

“It was wholly misguided, and should never have seen the light of day. I must stress it is in no way a reflection of the ethos of our school.

“We are taking a long hard look at how it came to be created in the first place, but as Head, I must take full responsibility for its appearance, and can only apologise for such an unfortunate error of judgement.

“Vinehall prides itself on being a friendly, inclusive place, where the values of modesty and broad-mindedness are at the forefront of our guidance and teaching.”

Are we now teaching children that the meaning of success is material wealth?? Good grief we have a long way to go and a lot better must be done to teach the important things in life. Success is more than material.

The advert has been withdrawn.