It is commonly believed the only thing that scares an elephant is the sight of a mouse. But scientists have now proved that it is the buzzing sound of bees that gives them the jitters. And this is true of both African and Asian elephants. Scientists from Oxford University played back the sound of disturbed […] 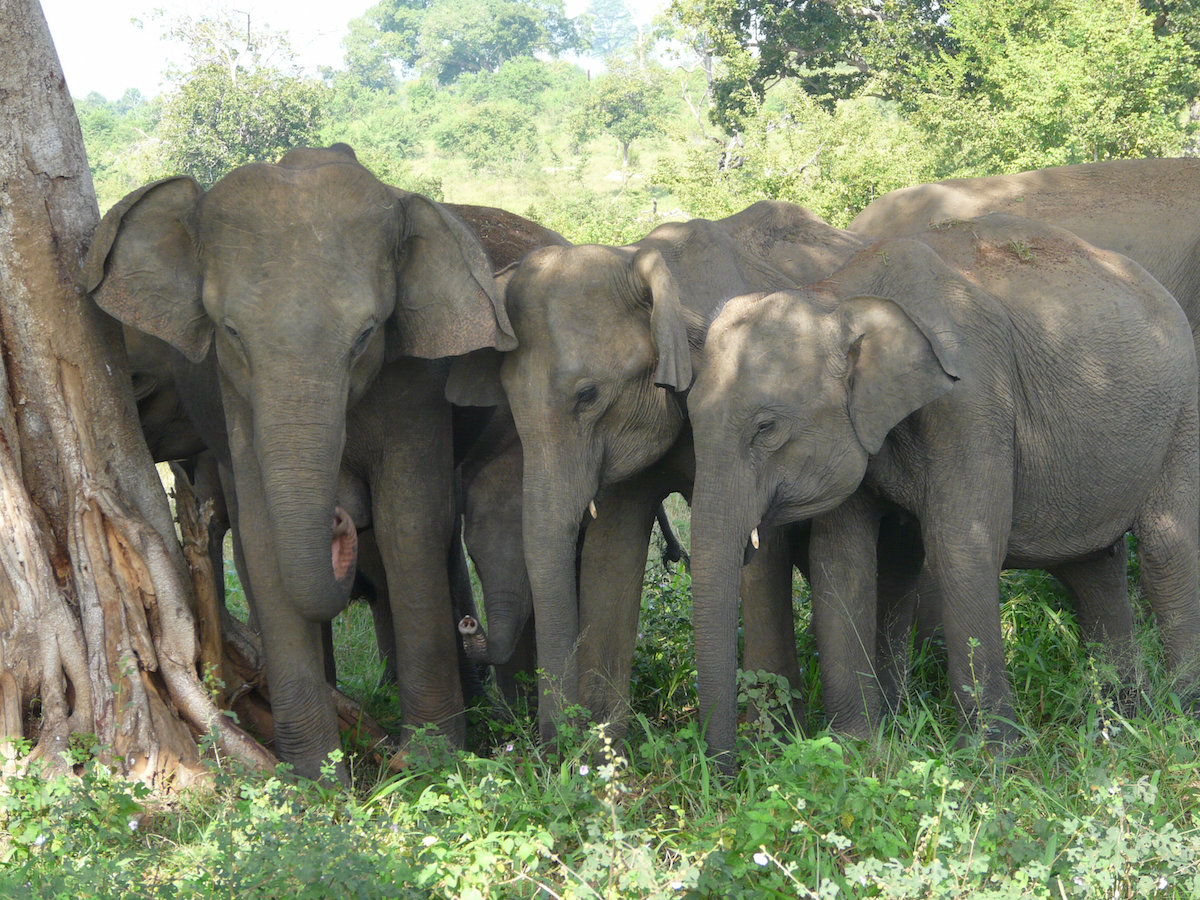 It is commonly believed the only thing that scares an elephant is the sight of a mouse.

But scientists have now proved that it is the buzzing sound of bees that gives them the jitters.

And this is true of both African and Asian elephants.

Scientists from Oxford University played back the sound of disturbed Asian honey bees to elephants in Sri Lanka to see if their reaction was the same to their African counterparts.

They found the elephants retreated significantly further away and vocalised more in response to the bee sounds compared to controls.

It is the first time that this has been found true for Asian elephants.

Dr Lucy King, the lead author of the study published in Current Biology, hopes that the discovery could lead to ways of keeping elephants off farmland.

She is a Research Associate with the Oxford University Department of Zoology and head of the Human-Elephant Co-Existence Program for Save the Elephants.

She said: “For the first time, researchers have shown that Asian elephants in Sri Lanka are scared of honey bees, much like their African counterparts.

“Asia has even higher levels of human-elephant conflict than Africa does and Asian elephants are approximately 10 times more endangered than African elephants.

“If we could help apply the results from this research to develop effective community-based beehive fence deterrent systems for rural Asian farmers living with elephants, we could have a significant impact on the survival of the Asian elephant species.”

The study was performed in Udawalawe National Park, which has an exceptionally large elephant population.

Dr Shermin de Silva, Director of the Udawalawe Elephant Research Project added: “Udawalawe is a microcosm for the issues Asian elephants face, because it is practically encircled by agriculture and settlements.

“This study takes the first step in offering a new way of addressing the conflicts that arise as a result.”

In partnership with the Sri Lankan Wildlife Conservation Society and Australia’s Newcastle University, a network of 10 trial beehive fence projects are presently being tested to see if they can reduce human-elephant conflict for rural farms in central Sri Lanka.

Dr King said: “We have a wonderful community of willing farmers there who are helping us understand if beehive fences could work to reduce conflict in this intensely high human-elephant conflict zone.

“Although beehive fences may not completely stop elephant crop-raids the honey bees provide other benefits to the farms in the form of pollination services and a sustainable income from honey and wax products.”

The initiative is already harvesting honey from the beehives and four beekeeping workshops have been held to boost beekeeping knowledge and honey processing skills.

Further Asian beehive fence collaborations are being formed with scientists in Thailand, India and Nepal.