It is illegal to remove the nesting birds from the mast in Shirley, West Midlands 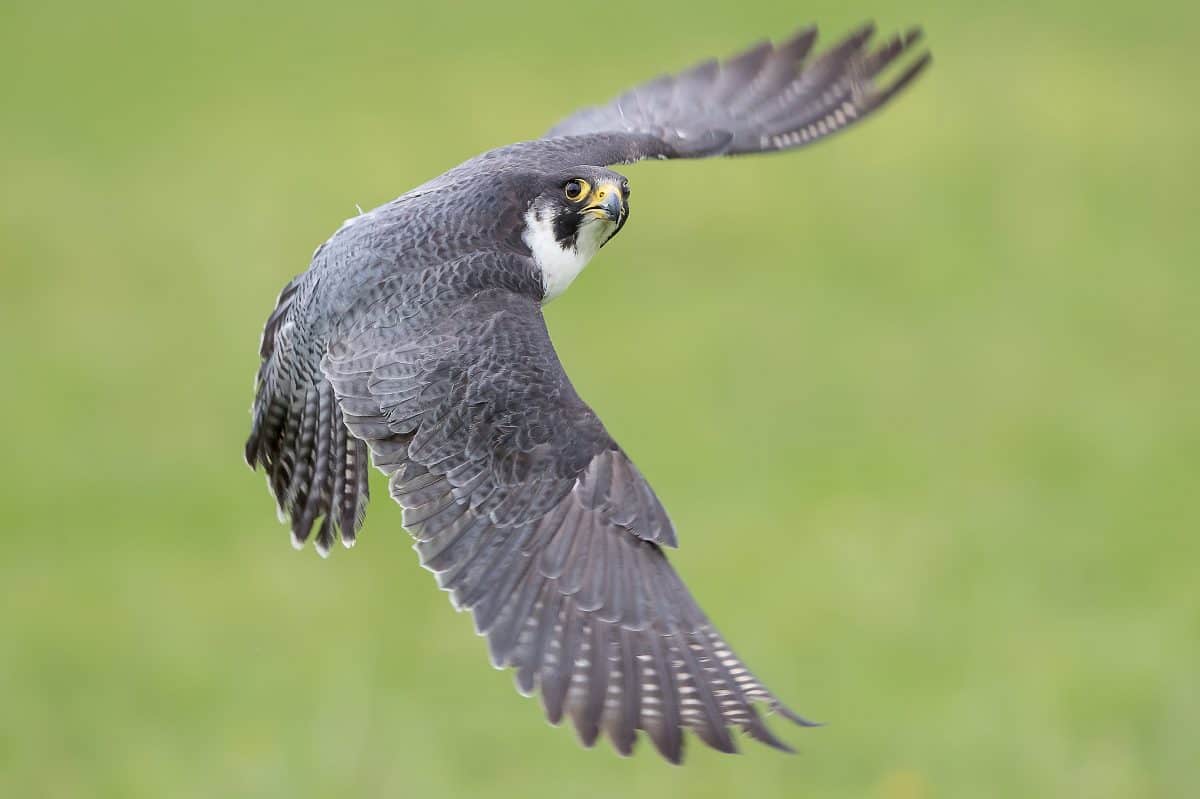 The birds of prey set up home on the 50ft-high mast in Stratford Road, Shirley, West Mids., several weeks ago.

Since then increasing numbers of customers have complained to the company – fronted by Hollywood actor Kevin Bacon – about a fall in reception and service.

One customer Zara Smyth tweeted: “I still can’t even make a phone call because of the zero signal in Shirley! Ridiculous for a phone provider.”

Under the Wildlife and Countryside Act of 1981 it is illegal to disturb the birds while they are nesting.

Any person who causes a falcon to abandon their nest can face a £5,000 fine.

An EE spokesperson said: “Unfortunately, birds nesting on our mast are preventing us from fixing the issue affecting service in the Shirley area.

“Under the Wildlife and Countryside Act, it is illegal to disturb the birds and their nest site.

“We’re doing everything we can to ensure minimal disruption for our customers and we apologise for any inconvenience in the meantime.”

Peregrine Falcons are the world’s fastest bird, diving at up to 240mph.

Bird numbers were under threat in the 1960s due to human persecution and the impact
of pesticides in the food chain.

But laws controlling use of pesticides meant their numbers slowly recovered.

The Royal Society for the Protection of Birds has estimated there are 1500 breeding pairs in the UK with each pair producing typically three to four eggs.

The birds are still illegally killed, and have eggs and chicks taken for collections and falconry.

They can often be found above rocky sea cliffs and upland areas throughout the UK in the breeding season, though they are increasingly living in cities.