"Patrick Minford is such a marginal view even within academia. His views are Economics equivalent of ‘flat earth.’" 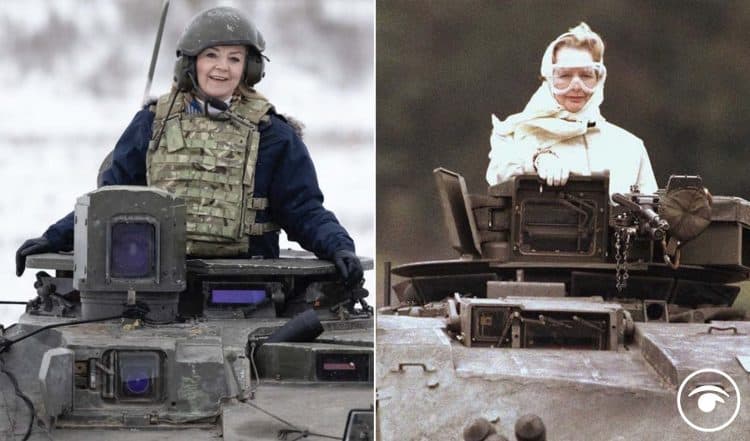 The Government can look forward to a post-Brexit windfall worth £135 billion after the UK leaves the European Union, a report claimed in 2017.

The Economists for Free Trade (EFT) group said Brexit will be “overwhelmingly positive” for the British economy provided the Government adopts the right policies.

The EFT – headed by Professor Patrick Minford – says the priority for the Government should be to bring down trade barriers with the rest of the world once Britain has left the EU while reducing the burden of regulation and taxation on firms and individuals.

Yes it is that Patrick Minford who is calling Truss the new Thatcher,

He asked: “Will borrowing billions of pounds, you say over £30billion increase or decrease inflation?”

Mr Robinson interjected: “Really? You don’t point to a single Chancellor or a single Governor of the Bank of England, a single leading economist who thinks that cutting taxes with borrowed money does anything other than increase inflation.

Ms Truss hit back: “Patrick Minford. He’s written an article about it this weekend.”

In 1981 over 300 economists wrote a letter criticising Margaret Thatcher’s disastrous economic policies, Minford defended the government and received a letter from Thatcher congratulating him for his efforts.

John Spiers wrote on Twitter: “Liz Truss just told Radio 4 that she wants to follow the advice of Patrick Minford, a fringe economist who said that for Brexit to succeed economically we would have to get rid of farming and manufacturing and live with much bigger wage inequality.”

Now he has told the Times that Liz Truss is the nearest thing we have to Margaret Thatcher.

Not everyone is convinced…

Related: Boris Johnson will ‘run the country’ from Chequers and people aren’t having it