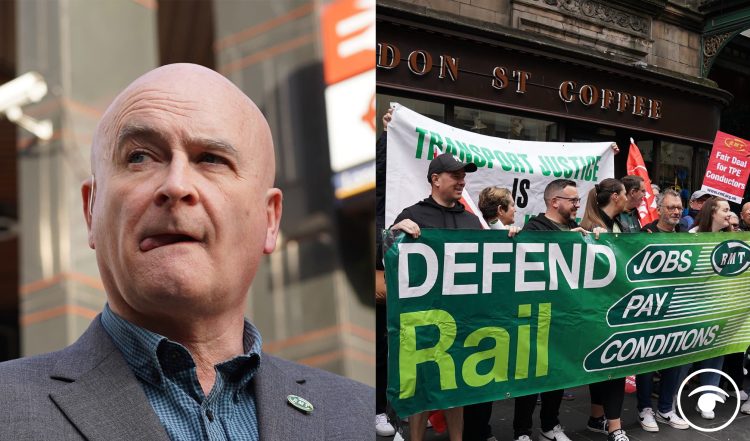 A fresh strike by rail workers will go ahead today after the union at the centre of a bitter dispute over jobs, pay and conditions accused the Transport Secretary of “wrecking” negotiations.

Talks were held on Wednesday between the Rail, Maritime and Transport union (RMT), Network Rail and rail operators in a bid to break the deadlocked row.

But there was no breakthrough, with the RMT criticising Transport Secretary Grant Shapps.

RMT general secretary Mick Lynch said: “Grant Shapps has wrecked these negotiations by not allowing Network Rail to withdraw their letter threatening redundancy for 2,900 of our members.

“Until the Government unshackle Network Rail and the train operating companies, it is not going to be possible for a negotiated settlement to be agreed.

“We will continue with our industrial campaign until we get a negotiated settlement that delivers job security and a pay rise for our members that deals with the escalating cost-of-living crisis.”

Well, we have been keeping a close eye on the RMT Twitter page and as well as updating people on the strike action, and sharing pictures of picketing workers they have also been throwing serious shade at people who have come at them.

These are well worth a look:

And this comment shows there are a lot of fans out there!