Australia's devastating drought is having a critical impact on the world's most unique creature. 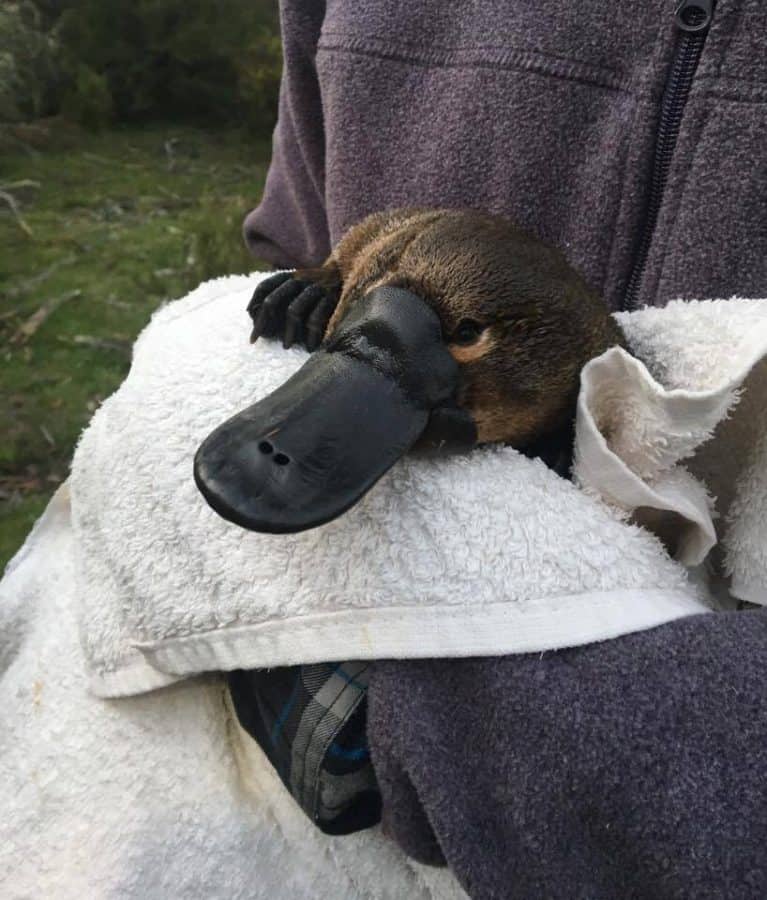 The iconic platypus is on the brink of extinction partly due to climate change, scientists have warned.

Australia’s devastating drought is having a critical impact on the world’s most unique creature, a venomous egg-laying mammal.

Increasing numbers are becoming stranded as rivers dry up, according to new research.

The conservation biologist said: “There is an urgent need for a national risk assessment for the platypus to assess its conservation status, evaluate risks and impacts and prioritise management in order to minimise any risk of extinction.”

When settlers sent one to Britain more than 200 years ago people thought it was a fake and a trickster had sewn two animals together.

You could not blame them. It has a paddle-shaped tail like a beaver, a sleek and furry body like an otter and a flat bill and webbed feet like a duck.

Despite being secretive and nocturnal, platypuses were once considered widespread across eastern Australia and Tasmania.

Now the most extensive analysis to date has found for the first time they are close to being wiped out.

Alarmingly numbers have almost halved due to current climate conditions, land clearing and fragmentation by dams.

This has led to local populations completely vanishing across about 40 per cent of their range – reflecting ongoing declines since European colonisation.

What’s more losses will be far greater under predicted climate change models because of more frequent and longer extreme droughts – such as the one now.

Dr Bino said: “These dangers further expose the platypus to even worse local extinctions with no capacity to repopulate areas.”

The study published in Biological Conservation show it will decline by around three quarters in the next 50 years.

It is already listed as “near threatened” by the International Union for Conservation of Nature (IUCN). In South Australia, it is considered endangered.

He said: “These include dams that stop their movements, agriculture which can destroy their burrows, fishing gear and yabby (crayfish) traps which can drown them and invasive foxes which can kill them.”

He said: “Even for a presumed ‘safe’ species such as the platypus, mitigating or even stopping threats, such as new dams, is likely to be more effective than waiting for the risk of extinction to increase and possible failure.

“We should learn from the peril facing the koala to understand what happens when we ignore the warning signs.”

Dr Bino said the findings add to the increasing body of evidence which showed the platypus, like many other native Australian species, was on the path to extinction.

He said: “There is an urgent need to implement national conservation efforts for this unique mammal and other species by increasing monitoring, tracking trends, mitigating threats and protecting and improving management of freshwater habitats.”

His team is continuing to research the ecology and conservation of this enigmatic animal, collaborating with the Taronga Conservation Society, to ensure its future by providing information for effective policy and management.

Platypuses are among the few venomous mammals. Males have a spur on the back of their hind feet that is connected to a venom-secreting gland.

More venom is secreted during mating season – suggesting the spurs and venom help males compete for mates, according to the Australian Platypus Conservatory.

The venom is not life threatening to humans – but it can cause severe swelling and “excruciating pain.”

A typical platypus is 15 inches from its head to the end of its rump. Its tail adds an additional five inches to the animal’s length. An individual weighs about 3 lbs.

Scientists have found fossils that suggest that ancient platypuses where twice as large as the modern variety – at 3.3 feet (1 metre) long.

Platypuses have dense, thick fur that helps them stay warm underwater. Most of the fur is dark brown, except for a patch of lighter fur near each eye, and lighter-coloured fur on the underside.

Their front feet have extra skin that acts like a paddle when the animals are swimming.

When platypuses are on land, their webbing retracts, making the claws more pronounced. The animals walk awkwardly on their knuckles to protect the webbing.

Despite having no teeth they are carnivores, using their grinding plates to eat shellfish and other marine creatures they catch.

The bill of a platypus, sometimes called a duck-billed platypus, has a smooth texture that feels like suede. It is also flexible and rubbery.

The skin of the bill holds thousands of receptors that help the platypus navigate underwater and detect movement of potential food, such as shrimp.

All of the monotremes, or egg-laying mammals such as the platypus and echidna, lost their stomachs during the course of evolution.