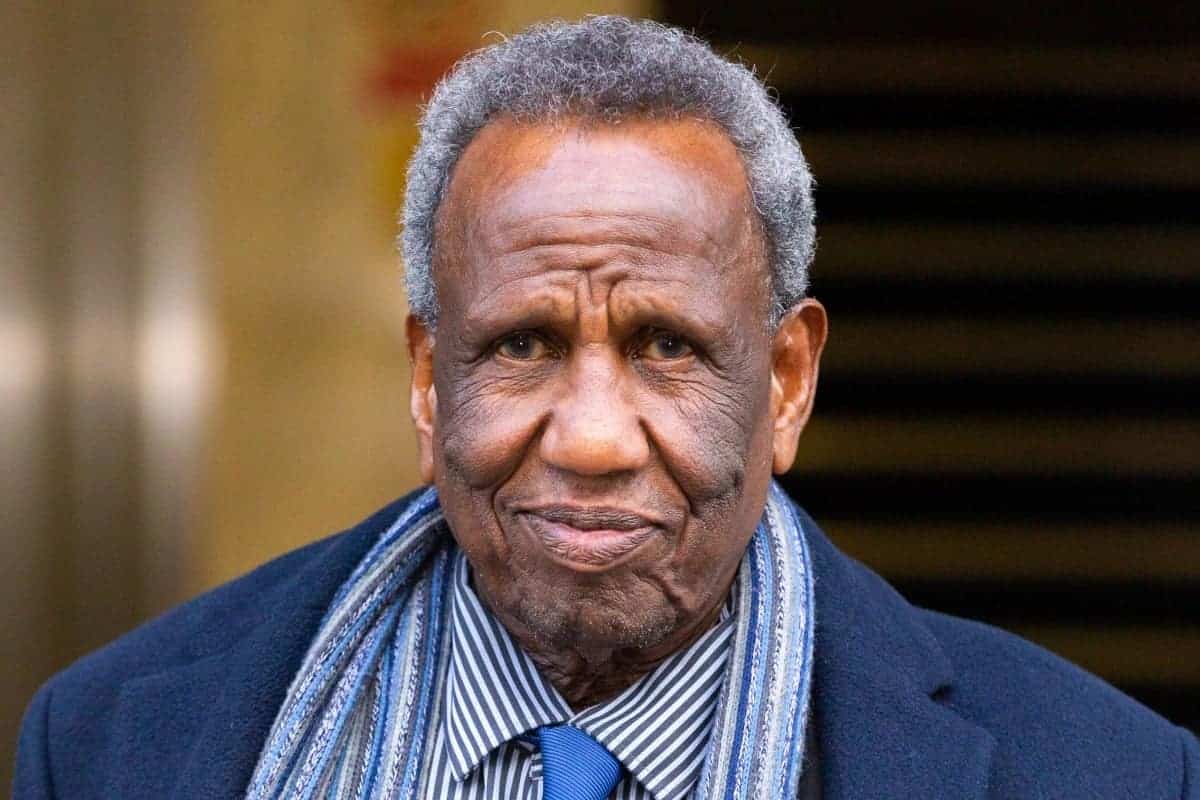 Mahamoud Ahmed's case for unfair dismissal is being heard at the Central London Employment Tribunal _ Credit;SWNS

A driver has been awarded nearly £200,000 by an employment tribunal after a judge ruled he was racially discriminated against by a Qatari diplomat.

Mr Ahmed was also branded a “donkey” and on one occasion was pushed to the ground by his employer.

The six-year legal battle came to an end in March with an employment judge ruling the 80-year-old was discriminated against and unfairly dismissed due to his race.

She awarded £8,000 for ‘injury to feelings’ to Somalian-born Ahmed – but that was yesterday upped to £167, 021 at a remedy hearing for loss of earnings, personal injury and aggravating damages.

Employment judge Joanna Wade said the way Mr Ali Al-Ansari behaved at that time was motivated by “a race-related scorn”.

Mr Ali Al-Ansari abandoned proceedings on the second day of the hearing in March.

He had been protected by diplomatic immunity until a landmark Court of Appeal ruling in 2015.

This was followed by a ruling in the Supreme Court in 2017 that said claiming immunity from employment laws was incompatible with the European Convention on Human Rights.

His lawyer Nicholas Siddall QC said at the time that he was instructed to leave proceedings “immediately” because the case contradicted the diplomat’s “dignity and privileges”.

But today Judge Wade awarded the full £20,000 asked for in costs because of the “disregard” Mr Ali Al-Ansari showed for the proceedings.

She said: “We would award those costs because of the disregard the respondent shows for the process and that £20,000 is less than the difference between what it would have cost the complainant to get to this point.”

The tribunal also heard that Mr Ali Al-Ansari has still not acknowledged the previous award of £8,000, leaving Mr Ahmed concerned he would not pay at all.

Edward Kemp, representing Mr Ahmed, said: “We don’t anticipate him paying the costs as he didn’t even have the courtesy of responding, let alone showing up to the proceedings.”

Giving evidence earlier at the hearing in March, former driver Mr Ahmed described his working conditions with Mr Ali Al-Ansari as like being in a “prison”.

He said: “I soon became a victim to regular verbal abuse and there was not a day that passed in which he did not call me one name or another, such as donkey or dog, or referring to me as an old man.

“I felt like I was in a prison, yet I kept working for the sake of my family.”

It was said the treatment ‘worsened’ from 2011 until Mr Ahmed was dismissed in 2013.

The tribunal heard the diplomat called his driver a ‘n***** once in August 2013 and a ‘black slave’.

After initiating legal proceedings, a member of the diplomat’s staff offered the pensioner his job back and £50,000 “to drop the case” – an offer the pensioner did not accept.

The judge did not find in Mr Ahmed’s favour in his claim of age discrimination – which was based on Mr Ali Al-Ansari calling Mr Ahmed an ‘old man’ in 2009.

He said the past loss of earnings should be awarded in full – namely five years and 10 months and “as for the future”, the claim was for 33 months to 16 March 2022.

He said he has suffered depression and anxiety since his time working under Mr Ali Al-Ansari and paid £1,500 for counselling.

The tribunal heard Mr Ahmed had to undergo £3,000 worth of physiotherapy because “a pre-existing condition has been exacerbated by the respondent’s push”.

He claimed aggravated damages because of the racial nature of the discrimination, because he was called a “dog” and “donkey”, and because the Embassy failed to investigate his complaints.

He said: “Race-related scorn has no place in the 21st Century and no employer in the UK should be above the Equality Act.”

Mr Ahmed also sought costs for the proceedings and said the Embassy “acted unreasonably” by pulling out at a without warning at a “very late stage”.

At the hearing today, Mr Ahmed said: “Due to the actions of Mr Al-Ansari and the support given to him by the Embassy, I have been deprived of the opportunity to earn a reasonable income to look after my family and at some point in the future to retire gracefully.

“I am looking to the Tribunal to compensate me for this loss, and also make recommendations that the Embassy provide equality and diversity training for Mr Al-Ansari and all staff of the respondent, including members of its diplomatic mission, to be carried out by external consultants.

“I also want them to introduce an equal opportunities policy and harassment policy and ensure this is effectively implemented.

“Reflecting on the last six years this has been nothing short of an ordeal.

“It has undoubtedly taken its toll on my physical and mental health, and has also put a great deal of strain on my family life.

“While perhaps I may have felt all of his more because of my advanced years, I have no doubt that anyone else in my position would have found this whole experience extremely distressing.

“The financial burden of this case has added greatly to my anxiety, and the fact that the Qatari Embassy is an extremely well-funded party that has, at every step, sought to silence my voice has been an aggravating factor.”

Mr Ahmed, who has been working two hours a day at a cafe for the past six months, said he was “very happy” about the outcome.

After awarding him the money, Judge Wade said to Mr Ahmed: “This may be the last time we see you – thank you very much and best wishes to you.

“I hope that this is not a hollow victory for you – we have done what we can.”

Mr Ali Al-Ansari has until August 26 to pay Mr Ahmed.