CCHQ hosted a Christmas party so raucous that revellers damaged a door and faced disciplinary action, it has emerged. 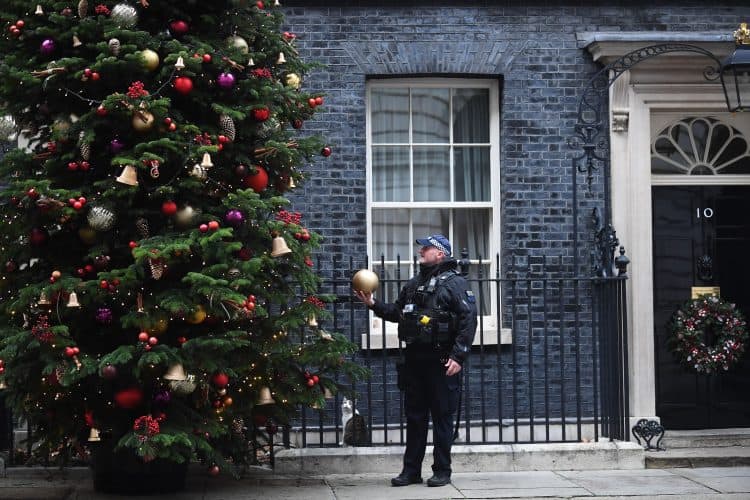 Boris Johnson is facing more questions about his team’s breaching of coronavirus rules after it emerged that Tory aides threw ANOTHER raucous Christmas party – and top Downing Street staff held a quiz night.

With Tory MPs fuming about the wine-fuelled party in No 10 on 18 December last year, The Times revealed that Conservative party staff danced and drunk late into the night at another event that month.

Some advisers and officials also held a Christmas quiz in Downing Street, with one source claiming that Dan Rosenfield, Johnson’s incoming chief of staff, took part.

Johnson said on Wednesday that he was “sickened and furious” about the footage, but insisted “all the guidelines were observed” and telling MPs: “I have been repeatedly assured since these allegations emerged that there was no party.”

In a tearful resignation statement, Stratton said: “My remarks seemed to make light of the rules, rules that people were doing everything to obey. That was never my intention. I will regret those remarks for the rest of my days and offer profound apologies to all of you.”

It emerged overnight that on 14 December, about 25 people gathered in the basement of Tory headquarters in Westminster for an event organised by the campaign team of Shaun Bailey, who was running for mayor of London.

Bailey himself attended the party – at which people wore festive hats and he received a Lego set as a Christmas present from a donor, according to The Times.

The party get so rowdy that revellers damaged a door and staff were disciplined, with Downing Street aides said to have been among those present.

Hours before the party, Matt Hancock – then the health secretary – gave a press conference announcing that the capital would move into Tier 3.

Two days before the No 10 party, Johnson tweeted: “This Christmas it is vital that everyone exercises the greatest possible personal responsibility. Think hard and in detail about the days ahead and whether you can do more to protect yourself and others.”

Related: Guess who was in Downing Street the day of the lockdown party?