The government has recently admitted trying to alter Channel 4's annual report to make it more positive about privatisation. 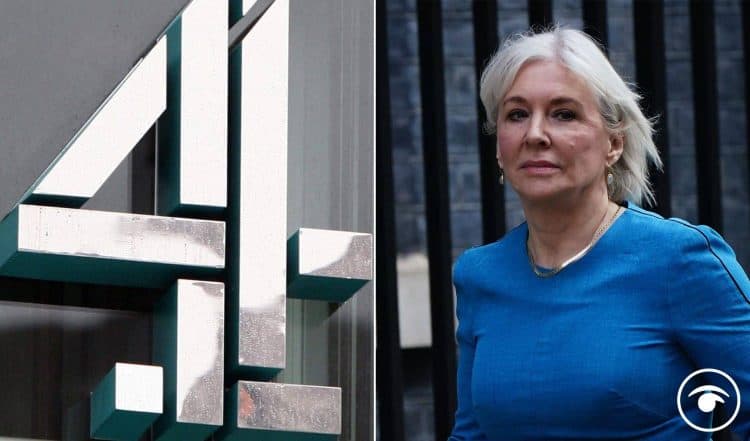 Channel 4 privatisation plans have come under fire again after it published its report showing its strongest ever financial performance.

Revenues topped £1 billion for the first time in its history and it enjoyed a record-breaking tax surplus of £101million.

The Government is seeking to privatise Channel 4, arguing that it will struggle to survive in a media landscape increasingly dominated by big streaming giants such as Netflix and has an overreliance on declining TV advertising to support its business.

The government has admitted trying to alter Channel 4’s annual report to make it more positive about privatisation.

Here is Nadine Dorries in a select committee discussing Channel 4…

Labour’s shadow spokesperson for culture, media and sport in the House of Lords questioned the Government’s failed attempt to alter Channel 4’s report to “suit the privatisation agenda”.

Lord Bassam of Brighton said: “Rather than trying to sex up Channel 4’s annual report to suit the privatisation agenda, is now not the time for the Government to do a bit of a Lynton Crosby and scrape the barnacles off the boat and finally admit that neither the public, nor for that matter the Parliamentary Conservative Party want Channel 4 flogged off?”

Australian political strategist Lynton Crosby famously advised David Cameron’s Conservative Party to “scrape the barnacles off the boat” to get the party ready for the next election.

Liberal Democrat peer Lord Addington asked: “Where is the conservative principle of ‘if it ain’t broke, don’t fix it’, or have we dumped that?”

Arts minister Lord Parkinson of Whitley Bay responded that the Government had every right to “make representations” for amendments to Channel 4’s report.

He added that the Government has the “long-term interests of Channel 4 at heart” in its plans to sell the broadcaster.

Related: ANOTHER Nadine Dorries claim about Channel 4 has been denounced