Donald Tusk and Commission Jean-Claude Juncker expressed sadness over the UK’s decision to leave and said the UK would always be able to rejoin the EU. 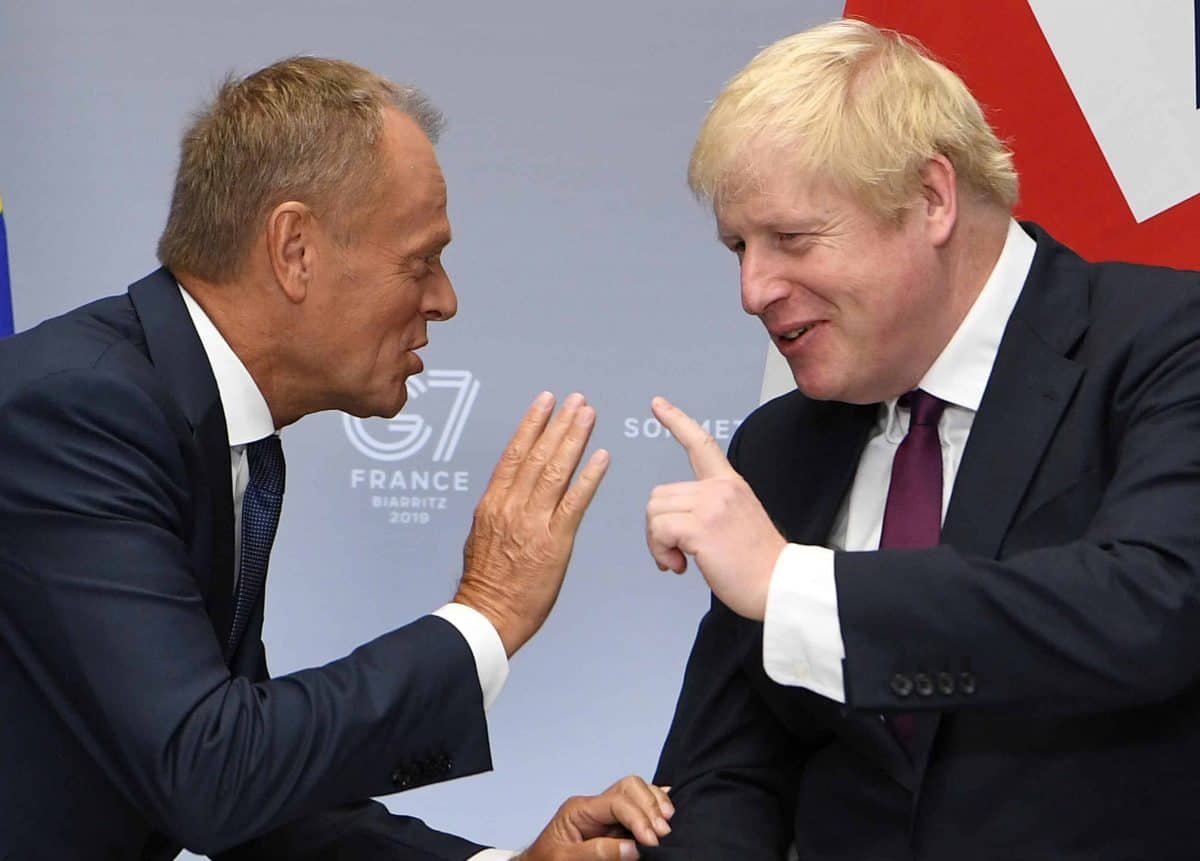 Donald Tusk has refused to rule out the EU granting a Brexit extension if Boris Johnson asks for one.

He contradicted President of the European Commission Jean-Claude Juncker who said on Thursday afternoon “there will be no prolongation”, telling journalists who approached him in Brussels: “If we have a deal, we have a deal, and there is no need for prolongation. That is not only the British view; that is my view too.”

Last night Donald Tusk crucially left the door open for Boris Johnson to ask for a delay to Brexit if he loses Saturday’s vote and is required to by law according to the Benn Act.

“I have no idea what will be the result of this debate in the House of Commons on Saturday. It is not for me to comment on political developments in the UK.

“But if there is a request for an extension, I will contact member states to see how to react,” said the President of the European Council.

Unconfirmed reports have emerged that Boris Johnson had told EU leaders that they had to choose between his deal and Brexit with no deal, as he would not ask for or accept a Brexit extension if they offered one.

Donald Tusk also said that “the door will always be open” for the UK to rejoin the EU. Years of complex negotiations on the UK and EU’s trade and connections lie ahead if Parliament votes for the Withdrawal Deal which only sets out the terms of leaving the EU.

EU leaders say door is open for UK to rejoin

European leaders said that the door is open for Britain to return to the European Union last night.

At the conclusion of his opening statement, Mr Tusk said: “On a more personal note, what I feel today, frankly speaking, is sadness, because in my heart I will always be a remainer, and I hope that our British friends decide to return one day, our door will always be open.”

“I have mixed feelings today, I regret the UK is leaving but respect the decision to do so, like an old friend going on a journey without us, and we really hope it works out for them, but I think there will always be a place at the table for them if they ever choose to come back,” he said.

Mr Tusk added that the EU was from the very beginning, flexible and open to solutions.

“Our compromise here without our goodwill and constructive approach any kind of deal would not have been possible at all,” he added.

“We support a deal and this was a clear decision of 27 member states and we are prepared for ratification, now the ball is in the court of the UK.”

Mr Juncker added he would like to tell the 48% of UK people who voted to remain in the EU that “they were right”.

During the press conference, Mr Juncker said without Mr Varadkar it would not have been possible to get a deal.

Nigel Farage appears to be backing a delay to Brexit after three years opposing an extension.