Donald Trump today tweeted that he has cancelled a trip to the UK because he is unhappy with the “sale” of the US embassy in Mayfair. The President was expected to cut the ribbon at the new state-of-the-art development in Nine Elms, but blamed the Obama Administration for overseeing the sale of the embassy for peanuts […] 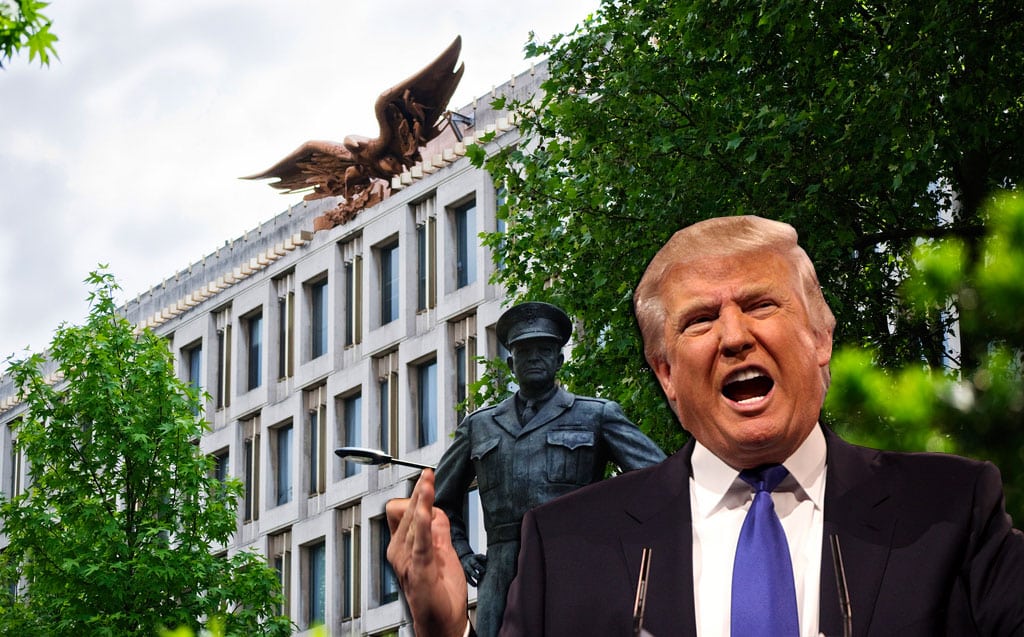 Donald Trump today tweeted that he has cancelled a trip to the UK because he is unhappy with the “sale” of the US embassy in Mayfair.

The President was expected to cut the ribbon at the new state-of-the-art development in Nine Elms, but blamed the Obama Administration for overseeing the sale of the embassy for peanuts only to build a new one in an “off location”.

However, commentators have since pointed out that the announcement is littered with fake news.

The decision to move the US embassy to a new development in Nine Elms was made in October 2008 by the Republican president George W Bush, months before Barack Obama came into office.

What’s more, the building was never the United State’s to sell.

The US never owned the embassy, they rented it from the Duke of Westminster for one golden peppercorn a year.

As Ned Donovan pointed out on Twitter: “For years the Americans tried to buy the freehold of the Grosvenor Square, but successive dukes refused.

“The Westminsters said only one thing would make them sell, the return of their lands in America confiscated during the war of independence. The US government declined.”

Property experts have also been quick to point out that the Nine Elms development is on one of the most sought after pieces of land in the capital.

Billions of pounds have been ploughed into the land surrounding the famous Battersea Power Station, with new TLF routes to connect the land south of the river to the centre of London.