Donald Trump unveiled the winners of his self-made “Fake News Awards” last night in his latest attack on the free press. The move comes as the highly acclaimed The Post hits the big screens which reviewers have described as a “timely defence of the press and its freedom to expose corruption, even when it implicates […] 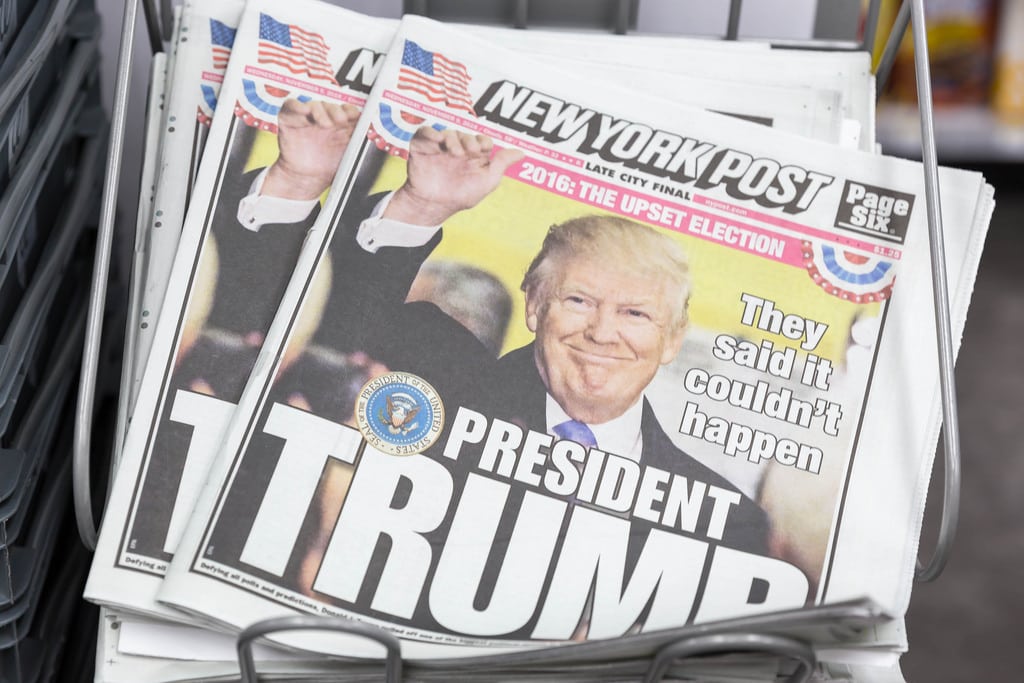 Donald Trump unveiled the winners of his self-made “Fake News Awards” last night in his latest attack on the free press.

The move comes as the highly acclaimed The Post hits the big screens which reviewers have described as a “timely defence of the press and its freedom to expose corruption, even when it implicates or embarrasses those in political power”.

Among the “winners” of the fake news awards include the film’s featured publications The New York Times and the Washington Post.

The latter was outed for posting “phony photos” of an empty arena ahead of a rally and the Times was called out on on falsely claiming the Trump administration had hidden a climate report.

Posting on Twitter a few minutes after posting the initial tweet about the awards, Trump wrote: “Despite some very corrupt and dishonest media coverage, there are many great reporters I respect and lots of GOOD NEWS for the American people to be proud of!”

Republican-supporting publications such as Newsmax, Breitbart and Fox were nowhere to be seen on the list, despite 16 per cent of Americans stating that they strongly agreed with the statement that Breitbart regularly reported made up or fake news about Donald Trump and his administration.

More people think Fox News should win an annual “fake news trophy” ahead of any other US broadcaster according to a poll carried out last year, with 40 per cent of respondents saying Fox News was the worst exponent of misleading news.

In a Washington Post opinion article, Senator John McCain, an Arizona Republican, said Trump’s attacks on the news media is harming press freedom around the world.

“Whether Trump knows it or not, these efforts are being closely watched by foreign leaders who are already using his words as cover as they silence and shutter one of the key pillars of democracy,” McCain wrote.

Earlier this month, the Post found that Trump had made more than 2,000 false or misleading claims since taking office.