The Commuter is the latest in an increasingly long line of action films to have starred Liam Neeson. This time around he plays Michael MaCauley, a proud family man and insurance salesman, who takes the same train to and from work every day. On the train home one day a mysterious woman called Joanna (Vera […] 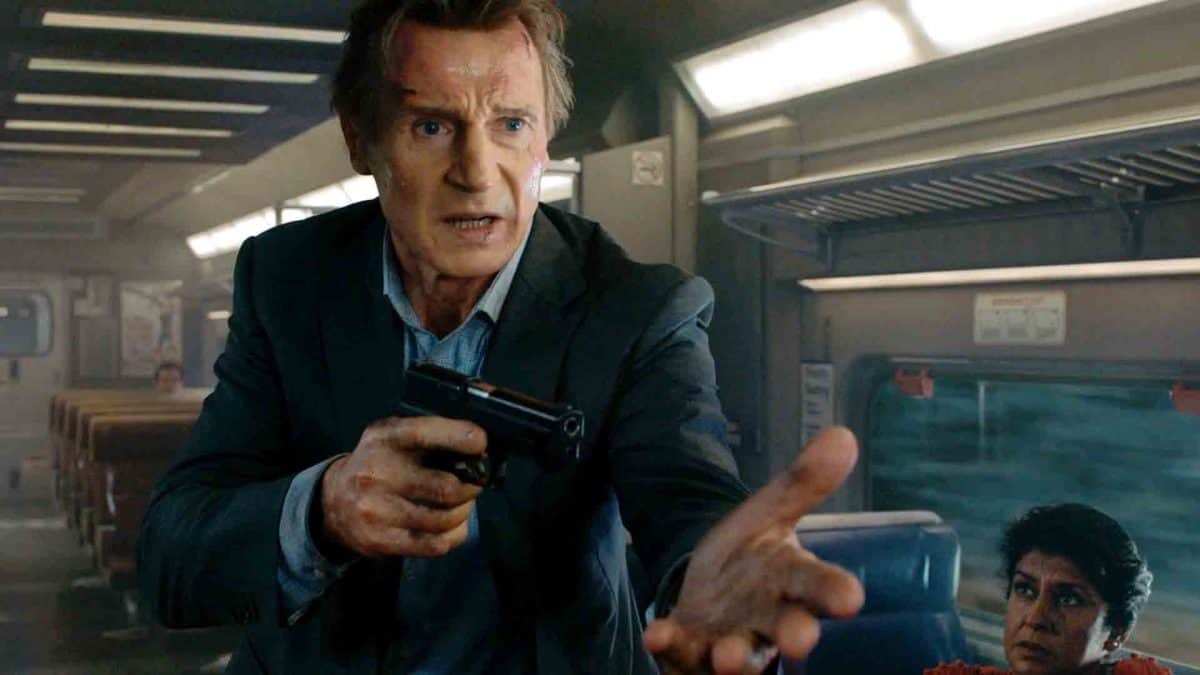 The Commuter is the latest in an increasingly long line of action films to have starred Liam Neeson. This time around he plays Michael MaCauley, a proud family man and insurance salesman, who takes the same train to and from work every day.

On the train home one day a mysterious woman called Joanna (Vera Farmiga) sits opposite him and offers him $100,000 if he can identify the person with a bag containing illegal goods. While at first unsure whether to accept the offer, Michael is forced into action when he finds out that the organisation Joanna works for has kidnapped his wife and children. Desperate, he tries to contact his friend and former colleague Detective Alex Murphy (Patrick Wilson) as his situation escalates.

The Commuter represents director Jaume Collet-Serra’s fourth collaboration with Liam Neeson. Having previously worked together on Unknown, Non-Stop, and Run All Night, it is clear that they both have a strong idea of the kind of film they are trying to make. Ever since Taken was released a decade ago, Neeson has almost exclusively made a living playing respectable man who are forced into violent situations, and he’s made the part his own.

While there are tendencies to compare The Commuter with Taken, Liam Neeson’s latest venture into the action genre is more controlled and for the most part less violent. Instead the script tries to be more inventive and original, even if it ultimately ends up being contrived and narratively forced. Are we really meant to believe that there is a conspiracy against Michael that brings together his former employers, the New York police, the FBI, and some mysterious underground crime agency? He is simultaneously meant to be sharp enough to pick up any clues, but at the same time unwittingly finds himself at the centre of a murder conspiracy.

The dialogue is neither intelligent, nor engaging enough to cover the plot’s limitations. You are left with far too much time to think through its holes as you wait for the next set piece. Each line feels slightly forced and a bit clichéd, and of course there is the obligatory phone call between Liam Neeson and the people who have captured his family. There is the odd funny moment, but on the whole the laughs are unintentional and a result of awkward plot progressions.

There are just enough entertaining and interesting moments within the film to make you think that it could have been worth watching. The opening sequence where Michael’s commute is pieced together from a consortium of moments that have made up his journey to work over the years is ingenious, and gives us a real understanding of his financial situation and his relationship with his family. Collet-Serra does also commit to the film’s action sequences, and it’s hard not to enjoy the sight of Liam Neeson jumping between carriages and trying to keep the train on the tracks.

The Commuter can be fun and does commit to its set pieces, but is undermined by some poor dialogue and one of the most contrived story lines you could ever imagine.