The US president has insisted the NHS is not on the table in trade talks but John McDonnell said ‘all the evidence’ shows that it is. 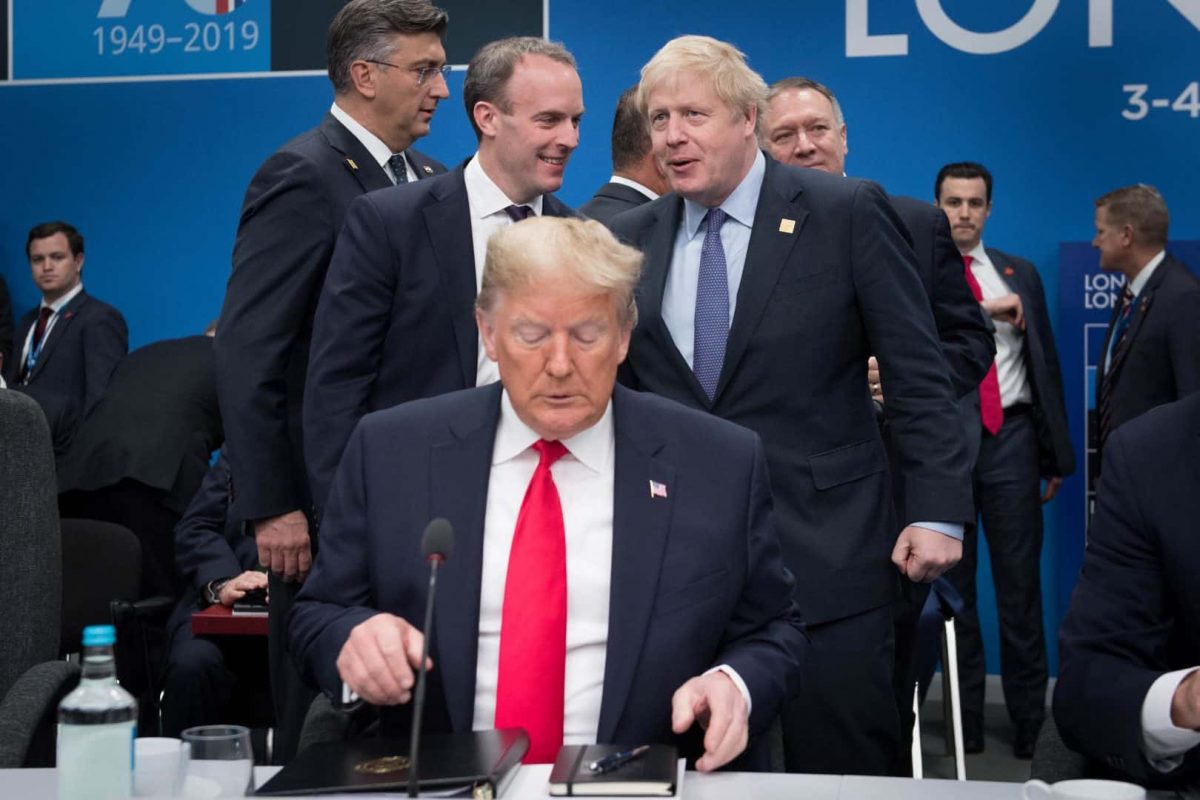 Labour’s John McDonnell has accused Donald Trump of having a “passing relationship with reality and truth” after the President’s rambling speech about how America wants “nothing to do with” the NHS, even if it was “handed to us on a silver platter”, as he arrived in London for the Nato summit.

But McDonnell insisted Jeremy Corbyn would work with the US president. The shadow chancellor said “all the evidence” points to the NHS being on the table during trade talks with the US despite Mr Trump’s denials.

Last week, the Labour Party leader revealed an unredacted report the government had tried to keep secret that gave details of meetings between US and UK officials, where they discussed the stipulations of a free trade deal between the two nations after Britain leaves the European Union.

It also calls for “full market access for US products” for medical equipment and medicines which would see medical treatment costs sky-rocketing as the US has some of the highest medical costs in the world.

Jeremy Corbyn has formally asked for “a revision of the US negotiating objectives along these lines would go a long way to reassuring the British public that the US government will not be seeking total market access to the UK public services – that the NHS will not be on the table in US-UK trade negotiations, that a US-UK trade deal will not open up NHS services to irreversible privatisation, and that the US government accepts that our NHS is not for sale in any form.”

Despite all the mounting evidence, Prime Minister Boris Johnson has been defending the revelations that the NHS is up for grabs in leaked trade negotiations, calling them “complete nonsense”.

But McDonnell said on Wednesday that “all the evidence that we’ve seen has demonstrated objectively that it is”, despite the denials of Trump and Johnson.

In a rambling address as world leader waited to meet Donald Trumpet the NATO summit, the President also denied knowing Prince Andrew, who like Trump is under fire for his connections with sex trafficking tycoon Jeffrey Epstein, though footage very quickly emerged of the President with the Duke of York.

Speaking during a campaign visit to Birmingham on Wednesday, McDonnell said: “Donald Trump has a passing relationship with reality and truth sometimes.

“I believe in one instance he claimed he didn’t know what the initials NHS stood for.

“So the reality is the evidence is there and the anxiety that we have about the NHS under a Boris Johnson regime and his relationship with Trump causes us extreme concern.”

Johnson said the NHS was not discussed with Mr Trump when the pair met, and asked if they spoke about the NHS, he told broadcasters in Milton Keynes: “I think everybody by now has rumbled all that for the complete nonsense that it is and the answer is no.”

The Prime Minister was earlier pressed about what he thought of Mr Trump personally, to which he replied: “I’ve of course had very good relations with the United States and any UK prime minister is there to ensure we protect the transatlantic partnership.”

Johnson did not address a question about footage which appeared to show him and other Nato leaders mocking Mr Trump.

The PM claimed it was “absurd” that others such as the Labour party leader were “so viscerally hostile to the United States.”

Meanwhile on the campaign trail, Labour vowed to end “rip-off Britain” as party research alleges the Tories have cost families nearly £6,000 a year by failing to curb rising bills.