"We believe it is inconsistent with our values for Ben & Jerry’s ice cream to be sold" in occupied areas, the company said. 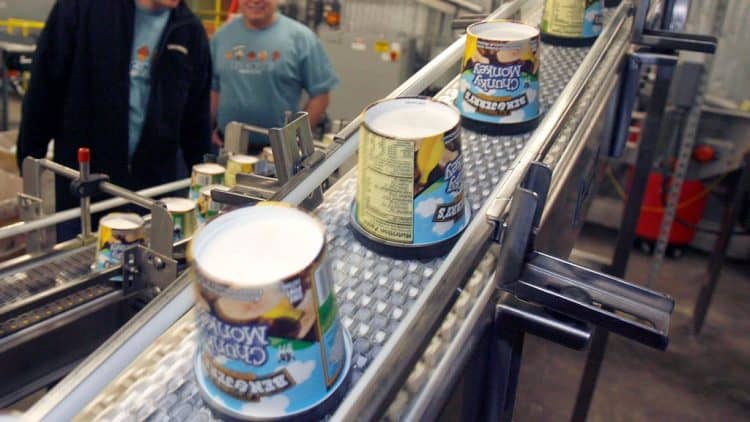 Ben & Jerry’s is going to stop selling its ice cream in the Israeli-occupied West Bank and contested east Jerusalem, saying the sales in the territories sought by the Palestinians are “inconsistent with our values”.

The announcement was one of the strongest and highest-profile rebukes by a well-known company of Israel’s policy of settling its citizens on war-won lands.

The settlements are widely seen by the international community as illegal and obstacles to peace.

Ben & Jerry’s will end sales of our ice cream in the Occupied Palestinian Territory. Read our full statement: https://t.co/2mGWYGN4GA pic.twitter.com/kFeu7aXOf3

The move by the Vermont-based ice cream company drew swift reproach from Israeli Prime Minister Naftali Bennett, a former leader of the West Bank settlement movement who called it “an immoral decision and I believe that it will turn out to be a business mistake, too”.

The company informed its longstanding licensee — responsible for manufacturing and distributing the ice cream in Israel — that it will not renew the licence agreement when it expires at the end of next year, according to a statement posted on the Vermont-based company’s website.

The Ben & Jerry’s statement cited “the concerns shared with us by our fans and trusted partners”.

The company did not explicitly identify those concerns, but last month, a group called Vermonters for Justice in Palestine called on Ben & Jerry’s to “end complicity in Israel’s occupation and abuses of Palestinian human rights”.

The Israeli foreign ministry called Ben & Jerry’s decision “a surrender to ongoing and aggressive pressure from extreme anti-Israel groups” and the company was cooperating with “economic terrorism”.

“The decision is immoral and discriminatory, as it singles out Israel, harms both Israelis and Palestinians and encourages extremist groups who use bullying tactics,” the ministry said in a statement. It also called on Ben & Jerry’s to withdraw its decision.

While Ben & Jerry’s products will not be sold in the settlements, the company said it will stay in Israel through a different arrangement.

But doing so will be difficult. Major Israeli supermarket chains, the primary distribution channel for the ice cream maker, all operate in the settlements.

Founded in Vermont in 1978, but currently owned by consumer goods conglomerate Unilever, Ben & Jerry’s has not shied away from social causes.

While many businesses tread lightly in politics for fear of alienating customers, the ice cream maker has taken the opposite approach, often espousing progressive causes.

Ben & Jerry’s took a stand against what it called the Trump administration’s regressive policies by rebranding one of its flavours Pecan Resist in 2018, ahead of midterm elections.

The company said Pecan Resist celebrated activists who were resisting oppression, harmful environmental practices and injustice. As part of the campaign, Ben & Jerry’s said it was giving 25,000 dollars each to four activist entities.