"I give you Her Majesty's government," replied one person to Perkins' comment. 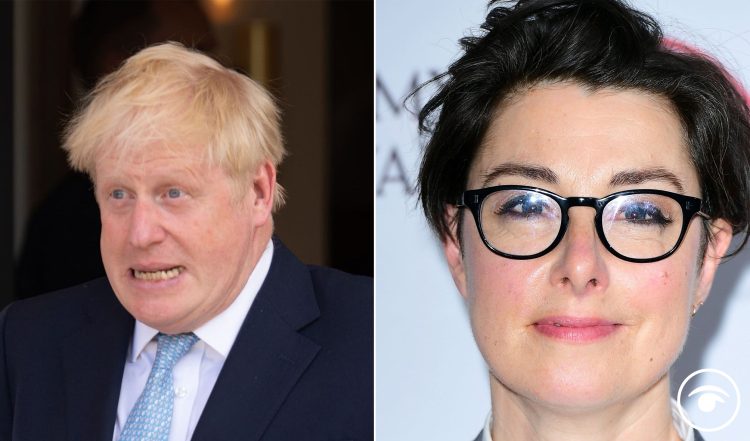 Boris Johnson was facing questions over his delay in suspending the Tory whip from an MP accused of drunkenly groping two men at a private members’ club.

In response to the newest in a long list of scandals featuring the UK government Sue Perkins’ comment might chime with you, we will get to that later.

Fresh allegations emerged against Chris Pincher after the Prime Minister bowed to pressure when an investigation was launched by Parliament’s sexual misconduct watchdog on Friday.

The Prime Minister had been resisting calls to act until the Independent Complaints and Grievance Scheme (ICGS) launched an investigation after receiving a formal complaint.

Mr Johnson spoke to several individuals on Friday, including a Tory MP who was with one of the men who was allegedly groped by Mr Pincher, a Downing Street source said.

Tory Andrew Bridgen suggested Downing Street was guilty of “double standards” in the difference in the handling of the “arch loyalist” and Neil Parish, the Conservative who was forced to stand down as an MP after admitting watching pornography in the Commons.

Mr Bridgen said No 10’s action had been insufficient, telling BBC Newsnight: “For those who wish to maintain confidence in the Prime Minister or even regain it it has been a particularly bad day.

“Neil was a very independent-minded Conservative backbencher, he never really sought patronage and he did hold ministers to account. Chris Pincher is seen as an arch-loyalist and I think that, to most people, will be the reason for the difference in their treatment. And that’s not tenable either.”