"When you look at the powerful symbolism of this, you have to wonder what on earth were people thinking of in the UK when they voted to leave the EU?" 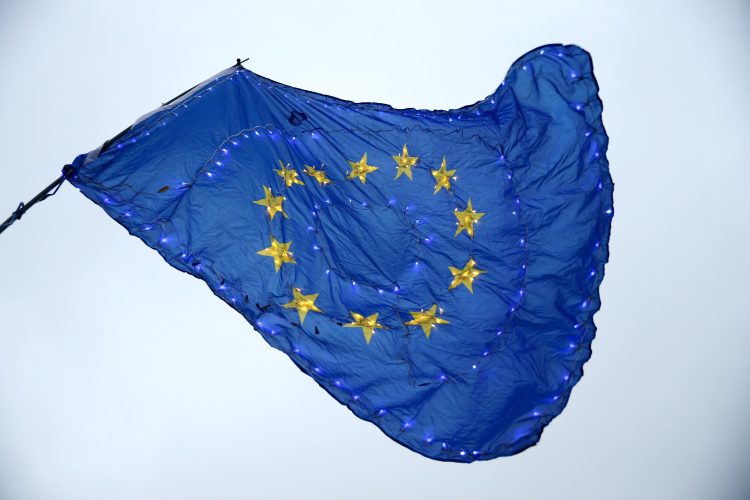 The European Union has agreed to make Ukraine a candidate for EU membership, setting in motion a process that could pull the embattled country further away from Russia’s influence and bind it more closely to the West.

Ukraine applied for EU membership less than a week after Moscow invaded on February 24.

The decision by the leaders of the 27-nation bloc to grant Ukraine candidate status was uncharacteristically rapid for the EU.

Now a viral video shows the powerful bond that now exists between the EU and war-torn Ukraine.

Matti Maasika, Ambassador of the European Union to Ukraine, tweeted the video which has been seen over 2,500,000 times and wrote: “Moving to tears – the EU flag is been brought to the plenary hall of @ua_parliament. To stay.”

During her speech, Von der Leyen congratulated Ukraine on becoming an EU candidate state. ‘You have gained the endorsement and respect of all EU member states,’ she said.  ‘Ukraine now has a very clear European perspective, it is a candidate country for the EU.’