The Royal College of Emergency Medicine said many patients are being cared for in corridors because hospitals are ‘full’. 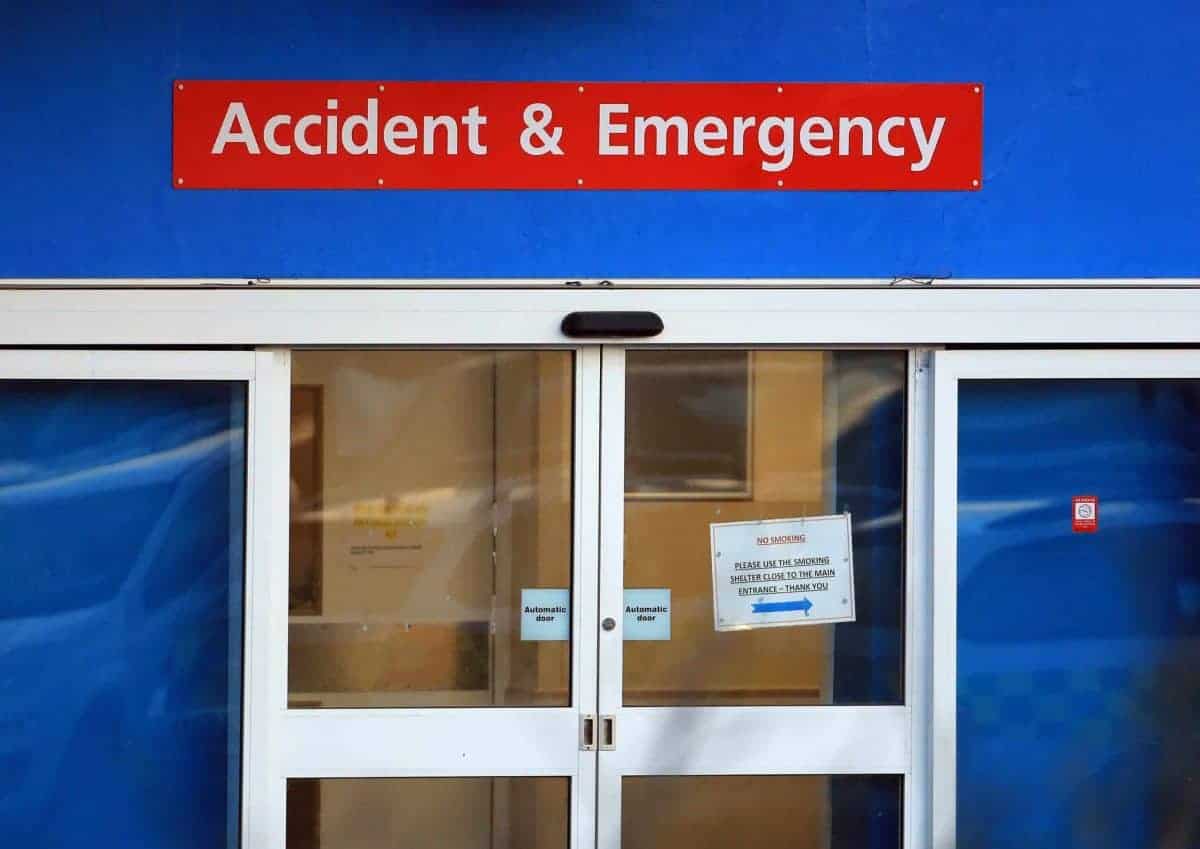 Hospitals across Britain are “full” which is resulting in “inhumane” treatment of patients in corridors, leading emergency doctors have warned.

The Royal College of Emergency Medicine (RCEM) said the UK system for emergency care is “not fit for purpose”.

Emergency departments are not big enough to cope with current demand and are “inadequately resourced”, it said.

The comments come as the college launched a new campaign calling for improved emergency care across the UK.

Medics from the RCEM said a number of areas need to be addressed to improve care, including how to solve the issue of “crowding” in emergency departments.

“Emergency Departments (EDs) across the UK are overcrowded,” according to a new document released by the RCEM.

“The number of patient attendances increases every year, with roughly a third of these patients requiring admission to a hospital bed.

“However, the physical size of hospitals and departments have not increased, with most now stretched beyond the capacity they were designed and resourced to manage at any one time.

“Bed numbers within hospitals have reduced consistently over several years.

“The result of this is that many patients are being cared for in corridors, as there are no available beds to admit them to – the hospitals are full.

“This is inhumane and undignified for patients and puts huge pressure on staff, as Emergency Departments are not resourced or designed for this type of care.”

The RCEM called on the Government to increase the number of hospital beds across the UK and invest more money in social care.

The college has estimated that more than 100,000 patients have waited for more than 12 hours in A&Es across Britain over the current winter period.

The data is collated from 50 trusts and boards across the UK since October 2019.

But because health policy is run separately across the UK’s four nations, official figures are not reported for the whole of Britain.

RCEM president Dr Katherine Henderson said: “These figures are shocking and bear out what staff are telling us; our hospitals have run out of room.

“We do not have an adequate number of beds to admit the sickest patients to. This means that patients must wait longer in the ED as they cannot move on to the next stage of their care, resulting in overcrowded departments.

“Not only is this frustrating for patients and staff alike, but keeping patients waiting in corridors compromises their dignity and puts safety at risk; we know that long waits are associated with increased mortality.

“We need more beds and we must end the practice of ‘corridor care’.”

An NHS England spokesman said: “NHS hospitals successfully opened extra hospital beds at a record rate this winter – the equivalent of opening two new district general hospitals – made possible by having over 7,700 extra nurses working across the NHS than last year.

“But given the pressures on the NHS, the Government’s commitments to increase the number of nurses by 50,000, and invest in more new beds and facilities, will be crucial when it comes to expanding services to meet the growing need for care.”