“It is becoming clear that many on the government benches want to use Brexit to rip up standards, rights to work and deregulate the economy.” “For many on the benches opposite it is the chance to make Britain a tax haven for the super rich. The choice is clear: a Tory government that will use […] 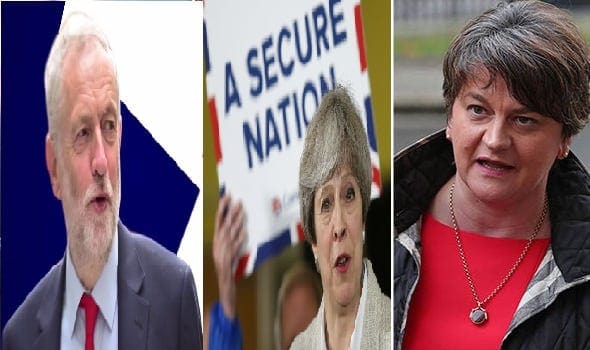 “It is becoming clear that many on the government benches want to use Brexit to rip up standards, rights to work and deregulate the economy.”

“For many on the benches opposite it is the chance to make Britain a tax haven for the super rich.

The choice is clear: a Tory government that will use Brexit to protect the very richest, or a Labour vision that would protect the economy & jobs.”

Labour Party leader Jeremy Corbyn responded to Prime Minister Theresa May who insisted she was on her way to a “smooth and orderly Brexit,” and sought to reassure European citizens in the UK and their British ex-pat counterparts in Europe, as well as people in Northern Ireland.

The statement came as reports emerged of a Tory plot to pull the UK out of the EU Working Time Directive which could see 7 million workers in the UK lose rights to paid holidays, and rules on working excessive hours torn up.

Statement: European Council. May vs Corbyn in Full