The incident comes as the Government and police face questions over the safety of women in society following the rape and murder of Sarah Everard at the hands of a serving police officer and the killing of Sabina Nessa in south-east London as she walked to a bar. 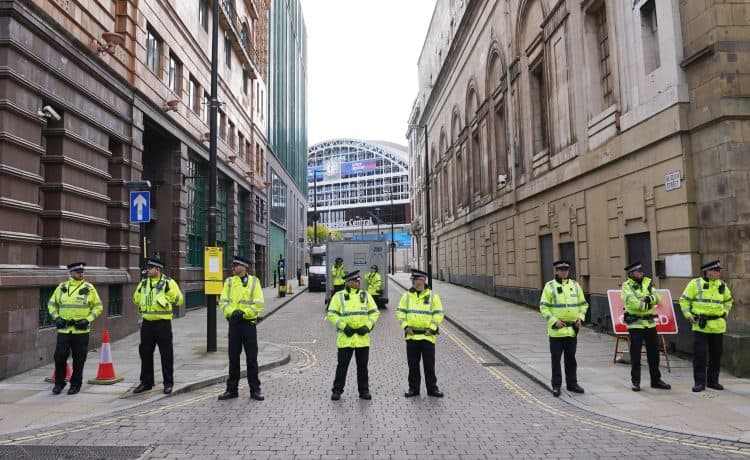 The Tories say an activist who allegedly assaulted an energy director has been expelled from the party’s conference.

Party officials confirmed they are working with the police after Clementine Cowton, director of external affairs at Octopus Energy Group, reportedly told a fringe event she had been “violently assaulted” while attending the conference in Manchester.

According to The Times, Ms Cowton said she was in the bar of The Midland Hotel – one of the main destinations at the autumn political gathering – when an inebriated man, who she described as in his 30s, sat in a seat vacated by her friend.

The male attendee, who has since had his conference pass revoked, made her so uncomfortable that she asked him “several times politely to leave”.

When he refused to go, the senior executive said she took his phone and dropped it on the floor in a bid to get him away from her.

“He went to retrieve it and then he came back and attacked me,” Ms Cowton said.

According to the report, Ms Cowton said the man tried to punch her but was stopped by others in the bar, with the resulting scuffle ending up with her glass being smashed.

When approached by the PA news agency for comment, Ms Cowton said she was not intending to say more about the incident, which is said to have seen police called to the hotel.

A Conservative Party spokesman said: “This behaviour is completely unacceptable and the party has revoked the pass of the individual concerned and is working with the police.”

The party said it had contacted Ms Cowton to offer support.

The incident comes as the Government and police face questions over the safety of women in society following the rape and murder of Sarah Everard at the hands of a serving police officer and the killing of Sabina Nessa in south-east London as she walked to a bar.

Ms Cowton said she went public with what allegedly happened to her because she wanted to emphasise that “women are often unsafe in places where other people feel safe”.

Octopus said it would not be commenting.