RMT general secretary Mick Lynch said it was encouraging that the new Transport Secretary Anne-Marie Trevelyan had met the union. 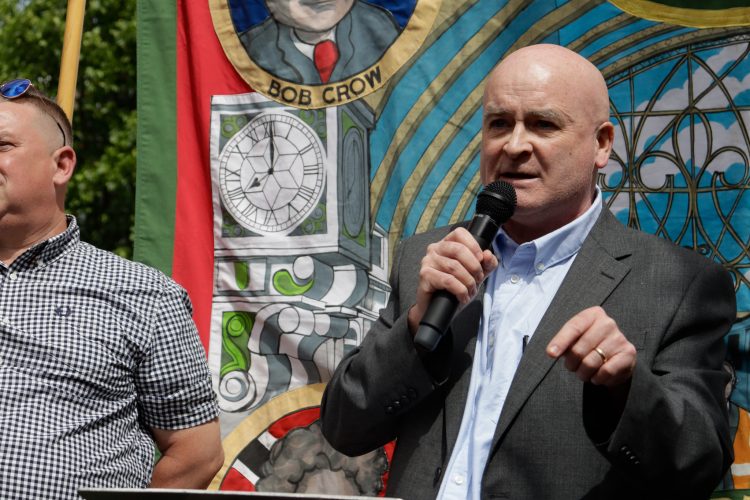 Another rail strike has been announced for next month, continuing the wave of industrial action sweeping the country.

The Rail, Maritime and Transport union (RMT) announced that 40,000 of its members at Network Rail and 15 train operators will walk out on October 8.

RMT general secretary Mick Lynch said it was encouraging that the new Transport Secretary Anne-Marie Trevelyan had met the union.

“We welcome this more positive approach from the government to engage with us as a first step to finding a suitable settlement.

“However, as no new offer has been tabled, our members have no choice but to continue this strike action.

“We will continue to negotiate in good faith, but the employers and government need to understand our industrial campaign will continue for as long as it takes,” he said.

A Network Rail spokesperson said: “We have received notification of another strike by the RMT on Saturday October 8, just one week after another walkout it has co-ordinated with train drivers at Aslef.

“This latest strike will again mean very significant disruption for passengers, and we’ll be asking people to only travel if absolutely necessary due to the reduced service that will be in place.

“Full timetables for all upcoming strike days will be published in due course.”

RMT members at train companies and Network Rail as well as train drivers in Aslef will strike on October 1 in the long-running row over pay, jobs and conditions.

The strikes will affect delegates and visitors travelling to and from the Conservative party conference in Birmingham, as well as the London Marathon and weekend sporting events.

RMT members employed by contractors who clean Avanti West Coast trains will walk out for 24 hours on Friday in a separate dispute over pay.

Related: George Osborne plunged UK into austerity due to an ‘error on a spreadsheet’