Ipso ruled The Telegraph had “failed to take care not to publish inaccurate and misleading information”. 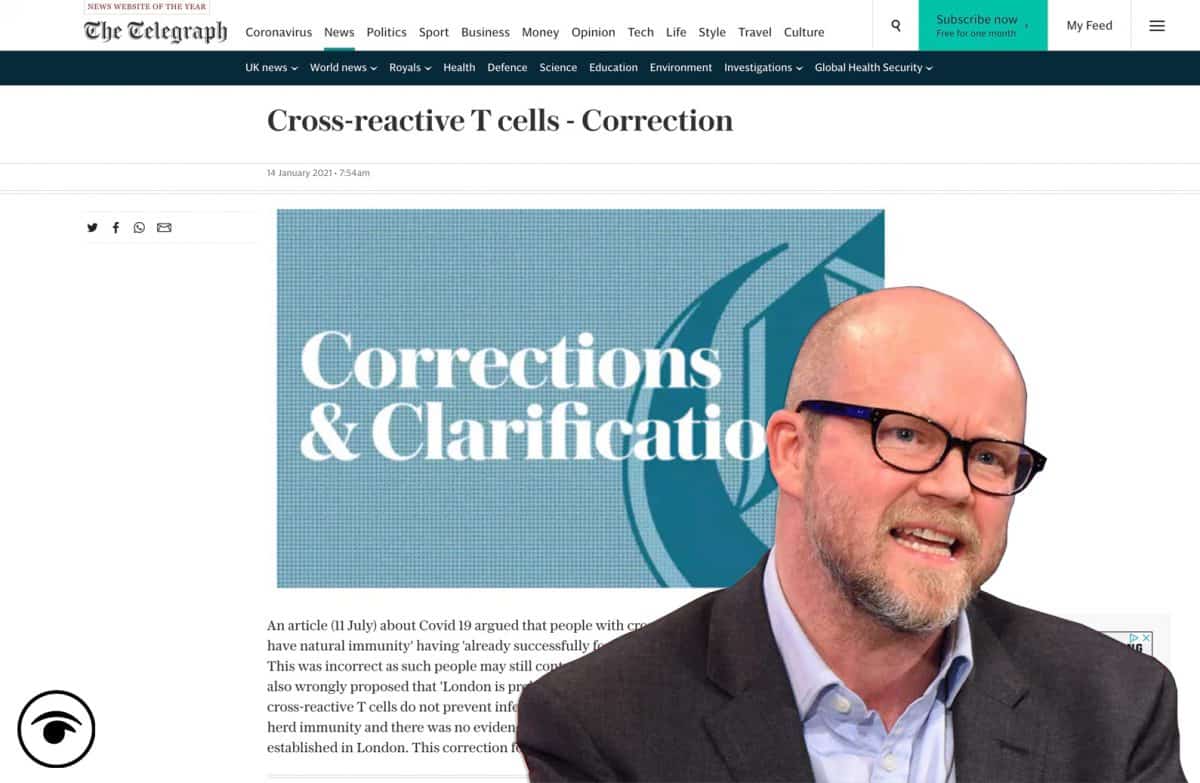 The Daily Telegraph has been forced to remove a Toby Young article which claimed catching a cold could protect people from coronavirus after press regulator Ipso ruled it “significantly misleading”.

In a decision published on Thursday, Ipso’s complaints committee ordered the Telegraph to publish a correction over the column, which was published in July last year under the headline: “When we have herd immunity Boris will face a reckoning on this pointless and damaging lockdown.”

In it Young made spurious claims about the common cold and suggested London was approaching herd immunity.

Last month, as cases surged in the capital, the right-wing commentator also posted a fake picture of an empty ward to claim hospitals were not being overrun, a tweet which was later deleted.

In their latest ruling, Ipso concluded that the Telegraph was unable to support its position and that it had “failed to take care not to publish inaccurate and misleading information”.

“The statement was significantly misleading,” it said, noting that the Telegraph had not offered to run a correction. “It misrepresented the nature of immunity and implied that people previously exposed to some common colds might be automatically immune to suffering symptoms and passing on Covid-19 to others.”

Ipso also found that Young’s claim that “London is probably approaching herd immunity, even though only 17 per cent tested positive [for antibodies] in the most recent seroprevalence survey” was misleading.

It said that a correction was appropriate rather than a more severe sanction because of the level of scientific uncertainty at the time of publication.

Last week Young was questioned about a separate piece, also published in the Daily Telegraph, by Emily Maitlis on Newsnight.

In it he said the “much ballyhooed ‘second spike’ had refused to materialise”, adding that “the virus has all but disappeared”.

He accepted he had “got that wrong”, but added “let’s not forget that was in the summer”.