The PM’s chief adviser has received criticism and support from the press following his news conference on Monday. 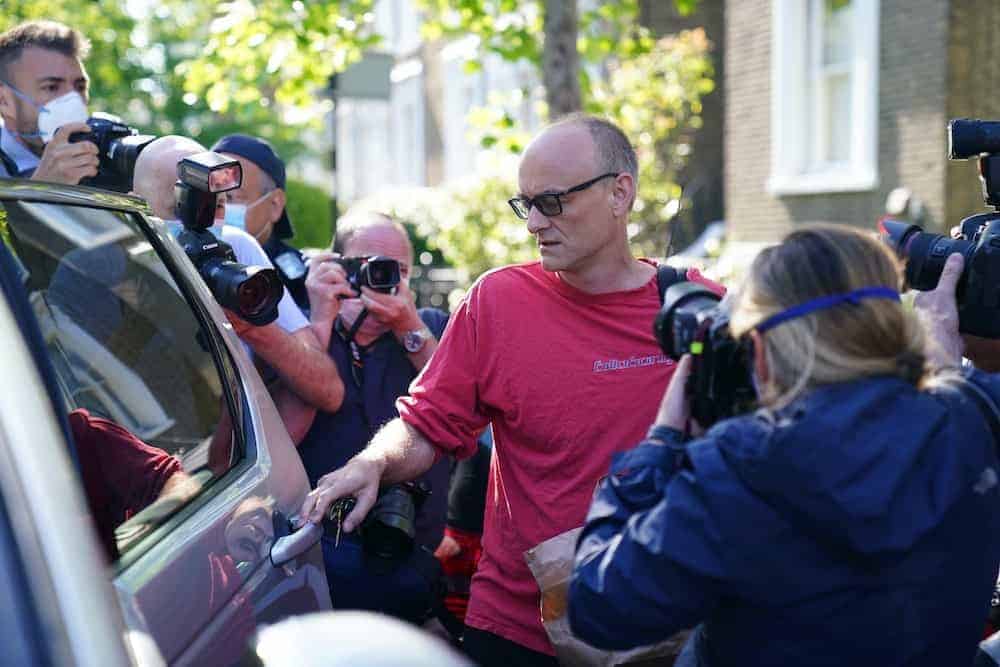 There was a mix of reactions from the nation’s papers regarding Dominic Cummings’s media statement on Monday.

While some have continued to press for the PM’s chief adviser to resign over his alleged lockdown breaches, he has also received some support for his handling of the situation.

“A void at the heart of this government”

The Daily Mail’s front page questions how a “defiant” Mr Cummings can possibly survive in the role in the wake of the public furore over the saga.

Mail columnist Dominic Sandbrook says Mr Cummings wields “more raw power than any special adviser in history” and, if Boris Johnson is unable to do his job without the aide by his side, “then truly there is a void at the heart of this Government”.

“Even if the saga of Barnard Castle does not end with Mr Cummings’s departure, it has raised questions about the future of this administration,” he adds.

The sentiment is shared by the i, while the Independent directly asks for an apology from Mr Cummings.

The search for consequences carries on with the Guardian reporting “at least 20 Tory MPs” have called for Mr Cummings’s resignation.

“The level of outrage and openness in speaking out against the Prime Minister’s most senior adviser is unprecedented,” the paper says.

And in an editorial, the paper writes that “the virus is being spread by people who think, like Mr Cummings, that the rules do not apply to them.

“This is why he ought not to remain at the heart of the Government.”

The Times also reported on the “fury” of some Tory MPs at the senior aide’s “lack of contrition”.

The paper quoted one Tory MP as saying: “My jaw continues to drop. He’s saying he’s so much more important than us plebs. I think we’re in big trouble, we can’t campaign our way out of this.

“We’re losing trust and confidence — it’s draining away before our eyes.

The Daily Mirror did not pull any punches in its response to the statement from Mr Cummings, who the paper labelled “shameless”.

Columnist Kevin Maguire skewered the PM for choosing to stand by Mr Cummings, writing that “lying is his modus operandi”.

“The Durham trip is a question of trust. And the PM is a truth-twisting, cynical liar.

But it was not a total pile-on from the press, with Mr Cummings receiving some support from the Sun, Daily Express and Daily Telegraph.

The Sun’s associate editor Trevor Kavanagh wrote that Mr Cummings had “emerged triumphant” from the press conference and his exit from Downing Street would represent “a loss for Britain”.

The Sun with split personality again. In England, all is well with the government, big good news story on front page. In Scotland, the story is more like the truth. Why are they misleading their English readers I wonder? pic.twitter.com/63YnesHDhC

The Express’s political commentator, Stephen Pollard, said that, while Mr Cummings rightly needed to front up for his behaviour, there should be no suggestion that the saga could undermine the Government by influencing others to breach social distancing restrictions.

“To argue that his actions will result in other people flouting the rules because of him, and costing lives … is frankly ridiculous,” Mr Pollard wrote.

And the Daily Telegraph used an editorial to declare it is “time to move on from Mr Cummings”.

“Mr Cummings gave a good account of himself but appears to have made personal judgments for the benefit of his family that were not obviously available to others who were in equally difficult circumstances,” the editorial said.

“But for now, he stays in his position and we need to move on.”

Related: Just 3 Tory MPs support Cummings in backbench group – here’s who they are