A sponsored advertorial hails the post-Brexit success of three British businesses while criticising those who didn't "prepare for changes". 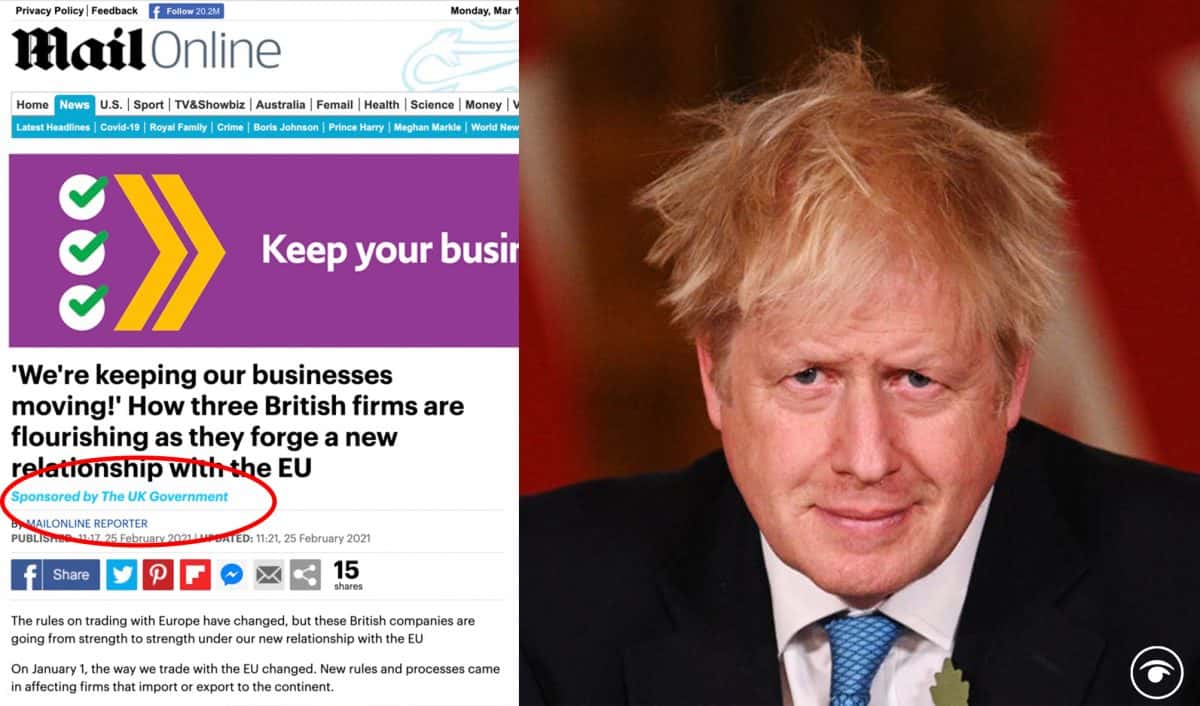 The Daily Mail has done particularly well out of a government advertising campaign putting millions of pounds of marketing spend in the pockets of the so-called ‘beleaguered newspaper industry’.

A new sponsored advertorial has cropped up focussing on the post-Brexit success of three British firms who are forging a “new relationship with the EU” following the end of the exit transition.

Politics.co.uk editor Ian Dunt circulated the piece, highlighting one particular paragraph which seems to place blame on UK companies for not preparing for changes which have wreaked havoc across several key industries.

“But while many companies have taken steps to prepare for the changes, some haven’t, and that could leave their business at risk of disruption. Here, firms that have made the switch reveal their tips and how they have adjusted.”

Another piece of government-sponsored propaganda (no other word accurately describes it) in the Mail via @LynnPW https://t.co/dw1m5dI1hf