"We were grieving it was making us angry that people were being so stupid – and then we find out now that the Government was complicit in all this and they were having their little parties.” 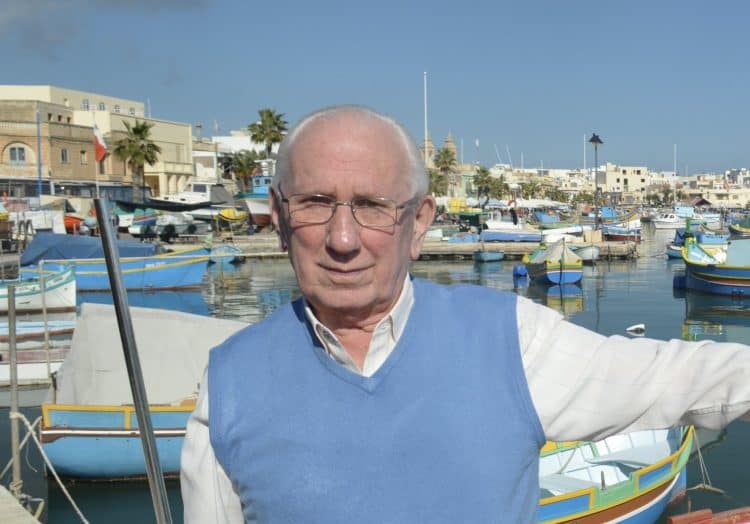 A man whose father died alone in hospital after being admitted on the day of the alleged Christmas party at Downing Street has said the week’s revelations have left him “crushed”.

Rob Kelleher said his father Bob, 88, was admitted to hospital on December 18 last year and subsequently died on January 10, without seeing a member of his family in person again.

Mr Kelleher said his 85-year-old mother Maureen and the rest of his family are reliving it all over again because of the news about activities in 10 Downing Street on the day his father was admitted.

The 65-year-old told the PA news agency: “It was the date that triggered all of this because in our mind that is the very last day anybody’s seen my dad.

“My mam is sitting at home not watching the telly or even having the radio on because she just can’t deal with this.”

After going into hospital, Bob Kelleher, from South Shields, was only able to communicate with family by phone or on Zoom.

Mr Kelleher, who lives in Barroway Drove in Norfolk, said it was a “worrying” time and he was particularly “upset” about not being able to see his mother or get together with family to talk about the situation.

“We weren’t allowed to go to the hospital but in these talks you could hear him sort of fading away, really, and it was so upsetting,” his son said.

“I was stuck down here with my wife and we so wanted to just jump in the car, and then we thought ‘well, will the police stop us? What will happen when we get to my mam’s?’

“But we stuck by the rules and it was so hard.”

He said the stories emerging this week of a Christmas party at Downing Street had left him “crushed”, adding: “I just feel so lost and angry.

“All through last Christmas and going through the lockdown there were stories of parties – not 10 Downing Street parties, but students having parties and getting fined £10,000 and neighbours phoning the police on neighbours.

“As we were grieving it was making us angry that people were being so stupid – and then we find out now that the Government was complicit in all this and they were having their little parties.”

He called on Boris Johnson to resign, saying: “I would just tell him to go.”

Mr Kelleher said this week’s news, along with the unsettling effect of Storm Arwen, had been a shock to his mother, who had only just begun to get back to normal after “doing her own lockdown”.

He said: “We were gradually bringing her out of all this.

“She was looking forward to planning Christmas and doing some Christmas shopping and getting people presents again.

“Then just this last week she’s just been so upset about it all again.”

Mr Johnson said on Wednesday: “I have been repeatedly assured since these allegations emerged that there was no party and that no Covid rules were broken.”