A grim death figure reminiscent of the first lockdown. 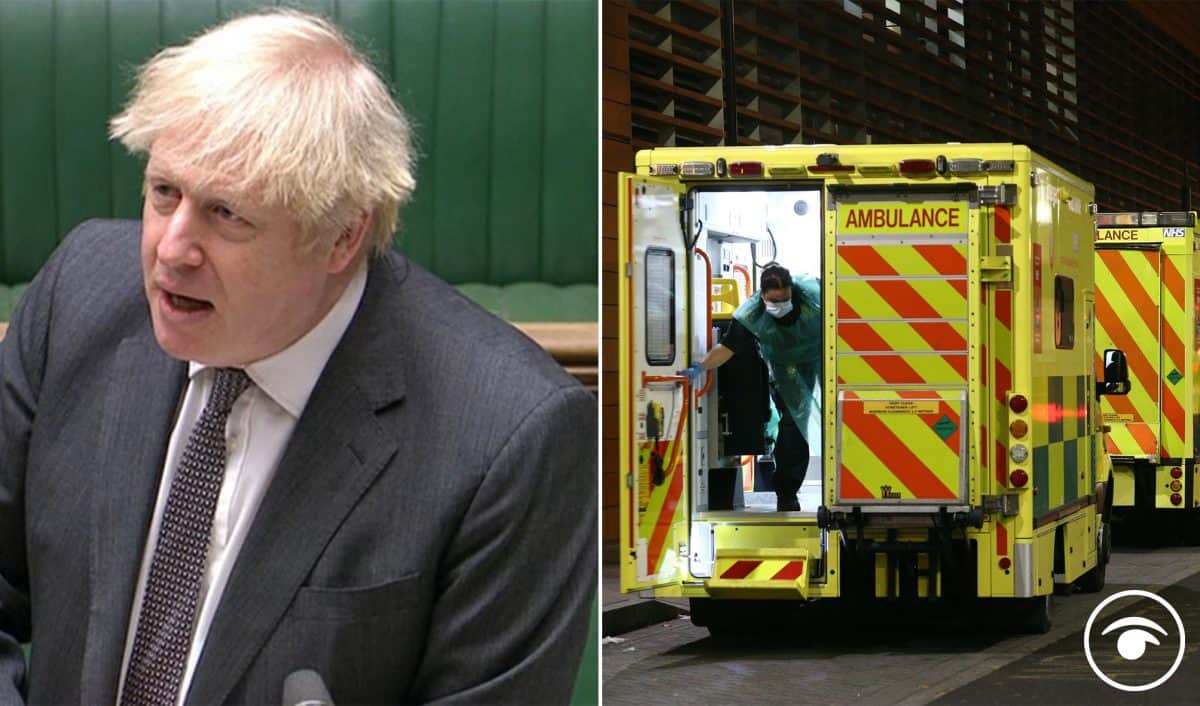 The UK has recorded a new daily record of 62,322 Covid cases, passing yesterday’s previous record figure of 60,916. Sadly another 1,041 deaths have also been reported, the highest figure in this lockdown.

There were only nine days during the first wave in April when daily deaths reported were over 1,000. The peak came on 21 April (1,224). But these figures have been revised retrospectively. At the time the government’s daily headline figures related to hospital deaths only, and on 21 April it announced 823.

It comes as Greater Manchester hospitals are ‘at serious risk of falling over’, says city council leader.

Sir Richard Leese, leader of Manchester city council, has warned of the “absolute seriousness” of the position Greater Manchester’s hospitals are now facing. In a press conference this afternoon, Leese said:

Others, including the secretary of state for health, talked about our hospitals falling over. It was part of the argument for putting us into tier 3 months ago. I don’t believe we were at risk of falling over at that time. I now do believe that we are at serious risk of falling over, and that really does mean we have to do everything possible to ensure that doesn’t happen.

It comes as Kier Starmer Tweeted: “This is shocking, and extremely irresponsible. The Government has asked everyone to stay at home – while turning their back on people without a home. This inhumanity will cost lives.”

He was responding to an article that reported the Government wouldn’t house homeless people during this new lockdown.

Matt Hancock has insisted he does not expect a full national lockdown to be in place until March 31, although he failed to guarantee MPs the final say.

The Health Secretary faced pleas from Conservative backbenchers to outline the road map to ease restrictions across England, as he moved regulations which would allow lockdown to run for three months.

Conservative Sir Graham Brady, chairman of the party’s backbench 1922 Committee, urged Mr Hancock to promise votes in the Commons at the end of January and end of February to allow MPs to decide if the “extreme controls” remain in place.

Speaking in the Commons, Sir Graham said: “Approving these regulations today would allow for lockdown for three months until the end of March.”

He noted Prime Minister Boris Johnson had assured him he did not expect MPs to have to “wait that long” for an opportunity to decide whether or not to end the regulations.

But Sir Graham added: “Will he go further and give a commitment to a further vote at the end of January and end of February, so this House will have control over what is happening?”

Mr Hancock replied: “While these regulations do provide for new restrictions until the end of March, it is not because we expect the full national lockdown to continue until then but to allow the steady, controlled and evidence-led move down through the tiers on a local basis.

“Those tier changes do require a vote in Parliament.

“The restrictions will therefore be kept under continuous review, there’s a statutory requirement to review every two weeks and a legal obligation to remove them if they’re no longer deemed necessary to limit the transmission of the virus.”

Sir Graham later told the debate: “Both the Prime Minister and Secretary of State have given me reassuring words that they don’t want that but the regulation gives the power to the Government to decide that, not to this House.”