NHS England said a total of 4.7 million people were waiting to start treatment at the end of February 2021. 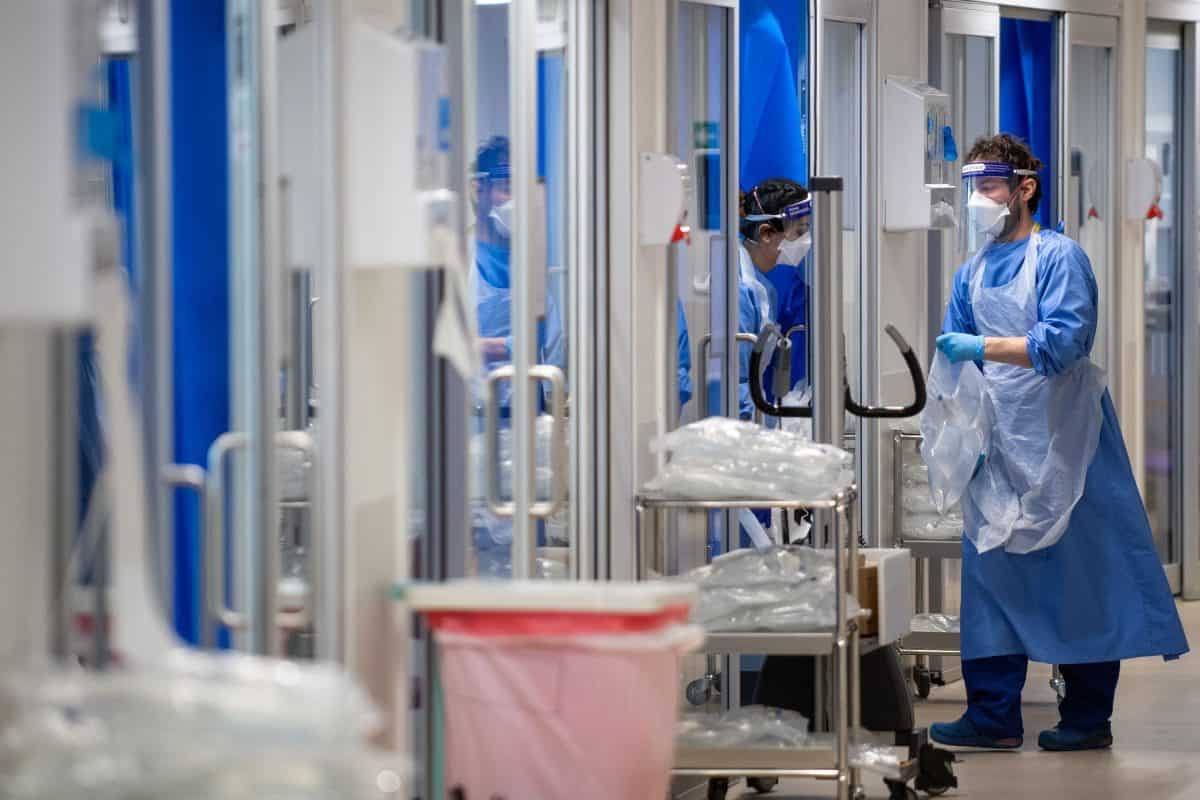 Charities and health organisations have warned of the Covid-19 pandemic’s “catastrophic” impact on NHS services as new figures reveal that the number of people in England waiting to begin hospital treatment has risen to a new record high.

According to data from NHS England, a total of 4.7 million people were waiting to start treatment at the end of February 2021 – the highest figure since records began in August 2007.

The number of people waiting more than 52 weeks to start their hospital treatment stood at 387,885 in February 2021 – the highest number for any calendar month since December 2007.

Health workers have faced enormous pressures throughout the pandemic, which has pushed up hospital waiting times.

NHS England highlighted that staff had delivered almost two million operations and other elective care in January and February, one of the busiest periods of the pandemic.

It said around two in five of all patients who have received hospital treatment for Covid-19 were admitted in those first two months of the year.

Dr Susan Crossland, president of the Society for Acute Medicine, said: “This data shows pressure is high and growing despite the fall in Covid cases and this was prior to the country starting to come out of lockdown.

“Just this week the workload in acute medical units has felt to many like the pre-pandemic ‘eternal winters’ we had been working through for too long.

“The scale of pressure on the system is illustrated by the fact the number waiting more that 12 hours in an ED (emergency department) last month has doubled compared to March in 2019 pre-pandemic despite overall attendances and admissions being vastly reduced.”

Chris Hopson, chief executive of NHS Providers, said the figures showed “how hard trusts are working to recover care backlogs as well as the size of the future challenge they face, despite a decline in Covid-19 patients”.

Figures also showed that the number of people admitted for routine hospital treatment was down 47 per cent in February compared with a year earlier.

The year-on-year decrease recorded in January was 54 per cent, while in December 2020 the drop was 25 per cent.

Data shows 1.9 million elective procedures or support for patients took place amid the recent winter surge of Covid-19 infections and there were some 2.6 million A&E visits in that period, NHS England said.

Figures also show that 174,624 urgent cancer referrals were made by GPs in February, compared with 190,369 a year before – a year-on-year drop of 8 per cent.

This follows a year-on-year fall of 11 per cent in January but an increase of 7 per cent in December 2020.

Meanwhile, almost 330,000 patients had been waiting more than six weeks for a key diagnostic test in February.

A total of 327,663 patients were waiting for one of 15 standard tests, including an MRI scan, non-obstetric ultrasound or gastroscopy, NHS England said.

She added: “Tens of thousands of people are still missing a diagnosis due to disruption caused by the pandemic, which could affect their prognosis.”

Tim Mitchell, vice-president of the Royal College of Surgeons of England said: “The NHS had a brutal start to the year because of the second wave of Covid-19, and this is reflected in today’s figures.”

“Although we did see the number of patients with Covid-19 decline in February, hospitals were still under huge pressure due to having to separate Covid and non-Covid care, staff having to isolate or being ill with the virus, and the massive resource needed to support the essential national vaccination effort.

“Although the most urgent operations, for cancer and life-threatening conditions, went ahead, hundreds of thousands of patients waiting for routine surgery such as hip and knee operations, cochlear implants and vascular operations had their treatment cancelled or postponed.”