From the newsletter: Rich countries show no sign of learning lessons from Omicron's untimely rise. 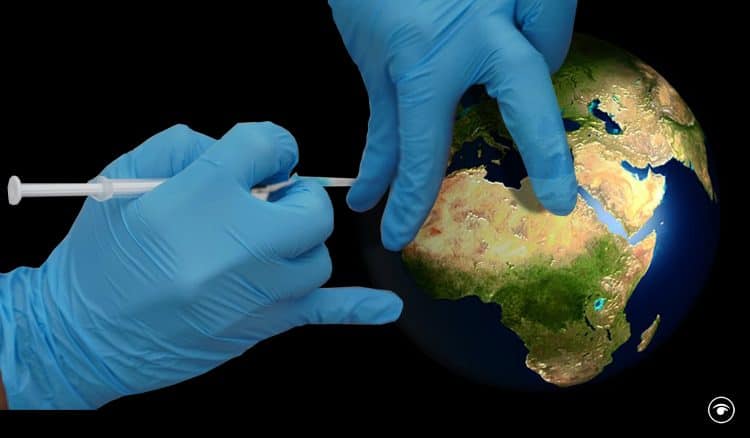 Good morning. I was tempted to write this morning’s newsletter on Keir Starmer’s miracle discovery of a time machine, with which he has whisked the Labour Party back to 2007. However, after much deliberation, I have decided instead to focus on something which affects the everyman a wee bit more than Yvette Cooper’s return to the frontbench: my friend and yours, the novel coronavirus. As of this week, I – a 27-year-old man, already the lucky recipient of two doses of a virus-busting Covid vaccine – will be able to book a third. In response to the rise of the Omicron variant, the government has opted for the Oprah Winfrey approach to disease control: you get a booster, you get a booster, everybody gets a booster.

With such a litany of unknowns about the new variant, it is understandable that ministers have doubled down on the best weapon in their arsenal: vaccines. Having been burned before by leaky borders, the instigation of travel bans and new testing regimes is similarly unsurprising. But both measures are sticking plasters. Rich nations cocooning themselves away from the poor will do little to address the gaping wound from which the new variant emerged: vaccine inequality. Last month, before Omicron reared its severely-mutated head, it emerged that more people have received a Covid booster jab in the UK per head of the population than are reported to have had their first shot in Africa. By the end of October, 8.5 per cent of Africa’s population had received their initial dose, whereas 9.4 per cent of the UK’s population had received their third. Whereas 66 per cent of people living in G7 countries have had two jabs, just six per cent have in Africa.

That disparity will only increase as the booster rollout expands and accelerates in the coming weeks. More than 60 countries are now administering boosters whereas COVAX, the scheme designed to avert vaccine inequality, has already abandoned an initial goal to distribute two billion doses in 2021. To reach a scaled-back target of 1.4 billion doses by the end of the year, it must ship more than 25 million doses every day. It has averaged just over 4 million a day since the start of October. In September, Joe Biden set a December target of 40 per cent vaccination target for the 92 poorest countries on the planet. Two and a half months on, at least 82 of those countries have no hope of reaching it.

Boris Johnson has said that the UK has “greed” and “capitalism” to thank for the country’s successful vaccine programme. We in the developed world undoubtedly owe a debt of gratitude to the scientists and pharmaceutical firms who have broken all manner of records in producing such marvellous feats of medicine in such a short spell of time. As Johnson says, we wouldn’t be where we are without capitalism. But neither would Botswana, Malawi, Mozambique and the other countries newly-enshrined on the red list. They are reaping what we sowed, left in the mire by the very “greed” the prime minister and others espouse.

Sharing more doses with poorer countries is a start. As Gordon Brown – who has been banging the drum on this for months – points out, there are today 500 million unused vaccines across the G7. It’ll be 850 million by February. What a damning indictment it would be of the developed world’s ability to fix transnational issues – hello, climate change – if those ended up going to waste. In the longer term, Biden has spoken of waiving intellectual property rights for Covid vaccines. Good. Stop talking and start doing, so all of us – everywhere – can get on with living.