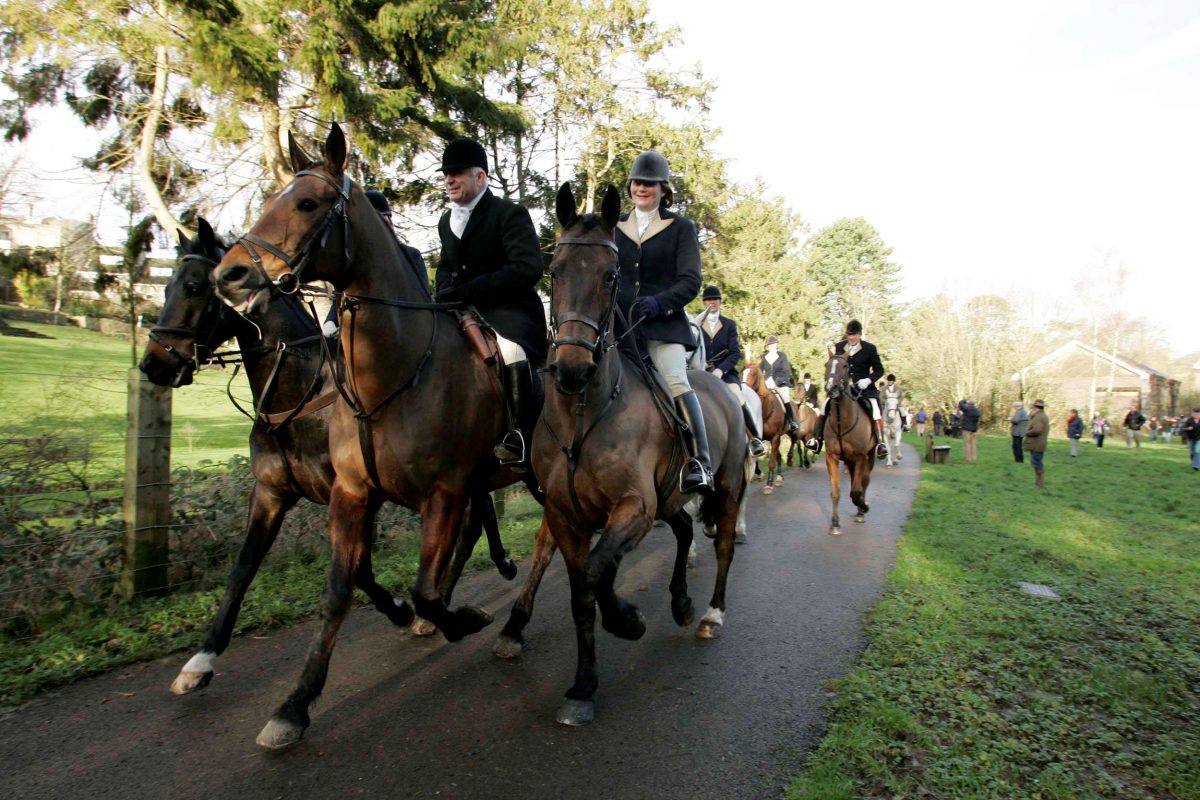 Prince Charles’ favourite hunt has been banned from its traditional New Year meet – over health and safety fears.

The Beaufort Hunt in the Cotswold village of Tetbury, Glos., has been stopped following concerns of ”contact between riders and hounds with the general public”.

The hunt met with its hounds and horses on the town’s Rail Lands on the first Monday after Christmas.

But Tetbury Town Council asked the hunt to submit an “improved risk assessment” over this year’s meet, which “did not fully address concerns” over the narrow site. 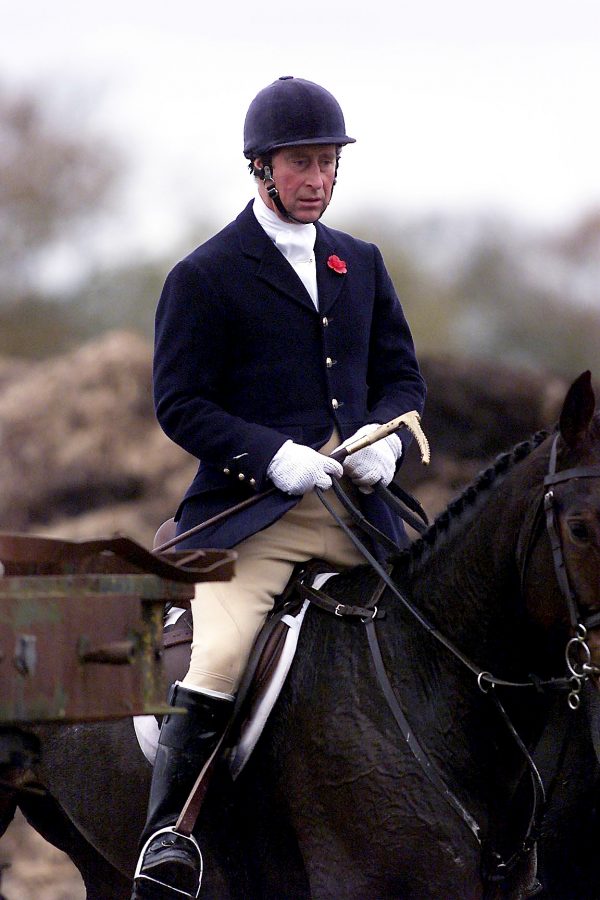 Councillors have decided to ban the hunt from using its land completely after a vote on Monday (Dec 10).

Peter Martin, former deputy mayor, said the final debate “was very polarised and bordered on the surreal at times”.

Mr Martin, who raised the issue with the council, added that the “result has serious ongoing implications for hunts all over the country”.

He said: “In the end the quieter more rational voices won the day.

“The hunts have created a culture of exceptionalism around themselves whereby the public in general – and institutions like Town Councils in particular – simply assume what they are doing is not only legal but acceptable ‘in the countryside’.

“Very few question this or probe the details of what is actually happening with hunting, and those that do – like me – are vilified, intimidated and sometimes actually assaulted.

“The hunts hide behind a mask of respectability so they can continue to get away with killing animals and breaking the law right in front of our eyes, hiding in plain sight and buying us off with cheques to charity.

“I think the public are wising up to this and are now putting pressure on their democratic institutions to do something about it.”

The Rail Lands was previously formed of rough open ground but has since been developed into parkland with a community arts centre.

Announcing the ban, town clerk Stephen Holley said: “The decision to refuse consent was made on the grounds that the Hunt’s second Risk Assessment did not fully address concerns over the narrow site and contact between riders and hounds with the general public, including families with small children and pushchairs. 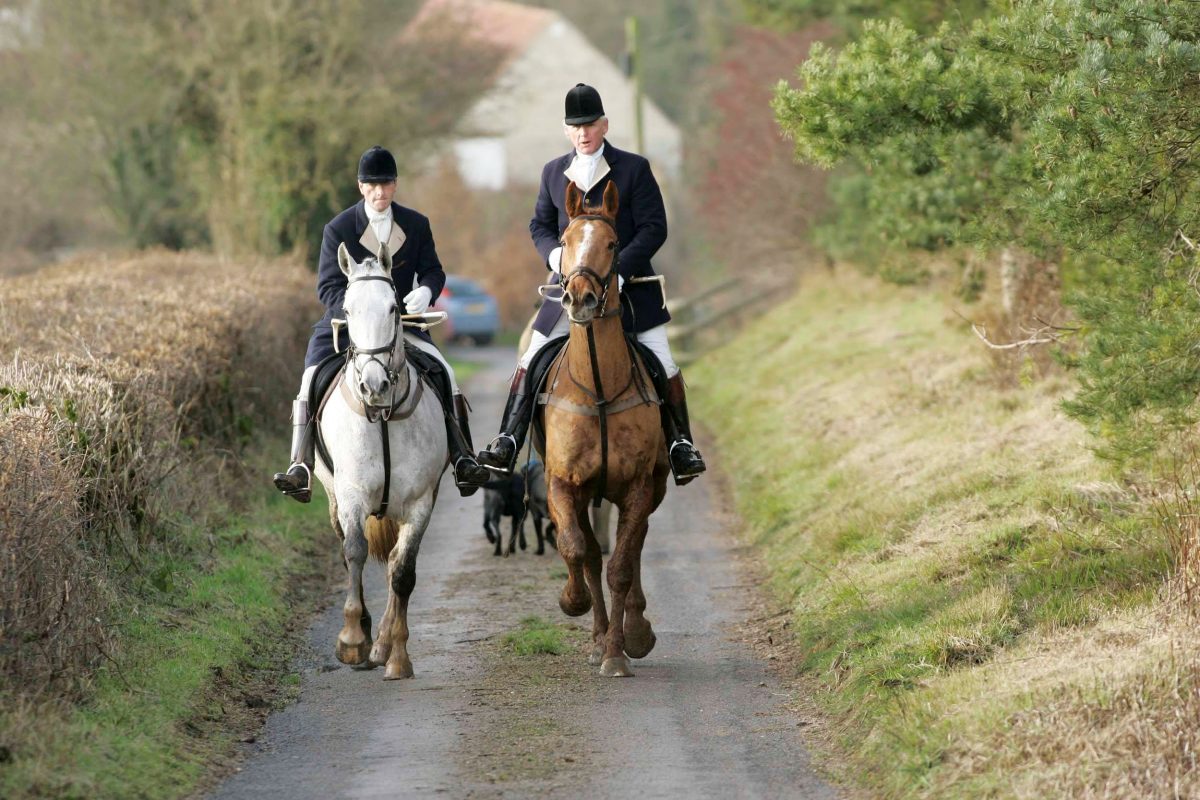 “Whereas the Rail Lands were previously rough open ground, they have recently been developed into attractive parkland with the Goods Shed Arts Centre as a focus for community activity.

“As a result of that development, the nature of the site on which the Hunt meets has changed, although the Hunt activity has not.

“In addition, the Council was conscious of the reputational damage associated with public protests and the risk of disorder.

“It was also aware of the National Trust’s experience of reputational damage following its decision to allow a Hunt to meet on one of its properties.”

Local resident Chris Giles said: “Clearly the site is not suitable for large numbers of horses, hounds and the hunt’s quad bikes.

“There was no event or traffic management plan at all despite the hunt proposing to enter and exit the site via the roads with fifty horses and a pack of hounds.”

Prince Charles is said to have purchased Highgrove, his home in Gloucestershire, to be close to the Beaufort Hunt and the polo clubs in which he played.

The council said it will work with the Beaufort Hunt to allow their annual cheque presentation to Tetbury Hospital to continue.