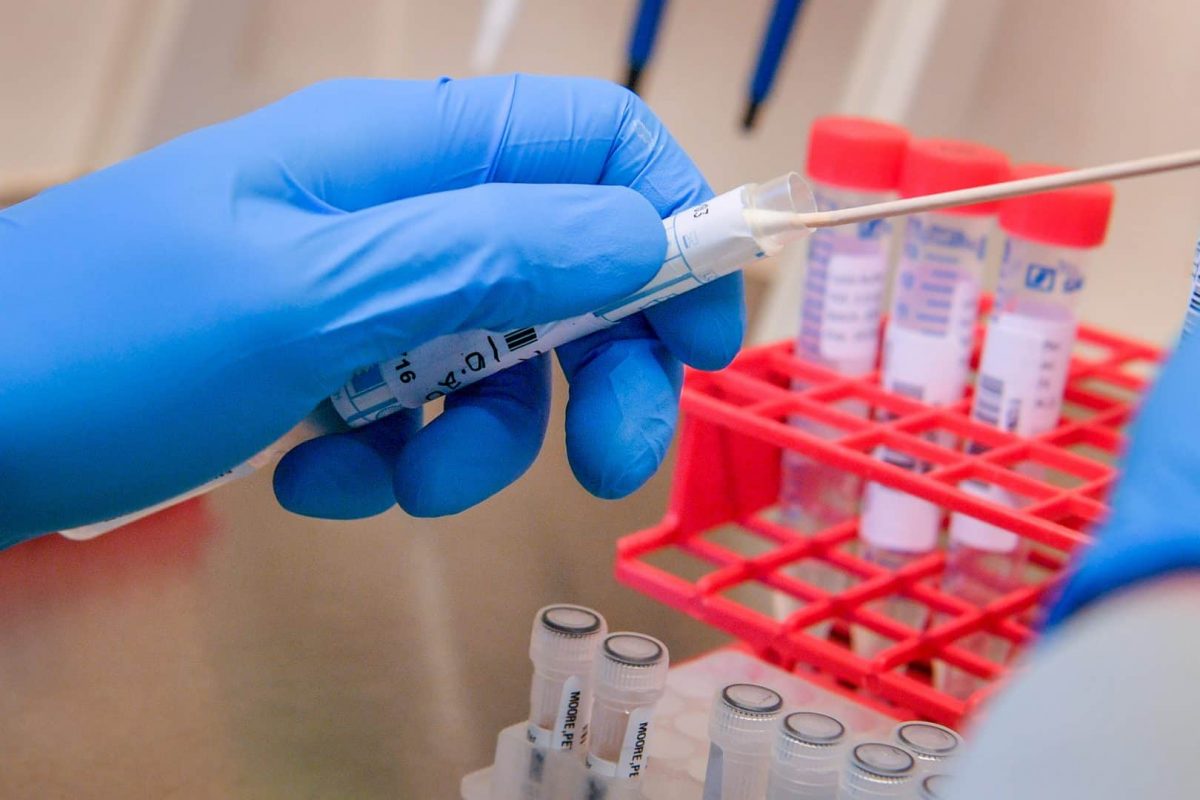 All countries must “test, test, test” people for Covid-19, the head of the World Health Organisation (WHO) has said.

The call is in contrast to what is happening in the UK, where only the most serious cases are now being followed up.

In the delay phase of trying to tackle coronavirus in the UK, Public Health England (PHE) and the Government have now moved to a more “targeted approach” to testing.

Dr Ghebreyesus told reporters: “We have a simple message for all countries: test, test, test.

“Test every suspected case. If they test positive, isolate them and find out who they have been in close contact with up to two days before they developed symptoms and test those people too.

“Every day more tests are being produced to meet the global demand.”

He told reporters there had been a “rapid escalation of cases” of Covid-19 globally in the last week.

“More cases and deaths have now been reported in the rest of the world than in China,” he said.

He said there had been “a rapid escalation in social distancing measures, like closing schools and cancelling sporting events and other gatherings.

“But we haven’t seen an urgent enough escalation in testing, isolation and contact tracing, which is the backbone of the response.”

Under PHE’s model, the targeted approach means now tracing close contacts of vulnerable people, such as those in care homes, rather than anyone who is diagnosed with Covid-19, as was happening before.

Anyone requiring hospital care for pneumonia or acute respiratory illness is also being tested.

PHE says most adults in good health who develop symptoms will fully recover, and the it is not necessary for them to be tested.

However, to protect the most vulnerable, they should stay at home for seven days if they have Covid-19 symptoms of a persistent cough or fever, it argues.

It comes after at least 36 people have now died in the UK, after Wales confirmed its first death.

The patient, who was in their sixties and had underlying health conditions, died at Wrexham Maelor Hospital after testing positive.

Across the UK, 1,543 people have tested positive for Covid-19, up from 1,372 at the same time on Sunday. However, many thousands more are estimated to have been infected.

It comes as Boris Johnson prepares to hold a televised press conference on Monday following an emergency meeting of the Cobra committee, and Health Secretary Matt Hancock will update MPs in the Commons.

– Pulse magazine reported that some GP practices have been supplied with expired face masks that have concealed “best before” stickers.

– A British man is seriously ill with Covid-19 in Vietnam, where he is on a ventilator to help him breathe, Vietnamese media has reported.

– Children who develop a continuous cough or fever at school should be sent home with suspected coronavirus, new guidance says.

– The universal free TV licence for over-75s will end on August 1 instead of June 1, because of the coronavirus outbreak, the BBC announced.

– Downing Street said it does not expect eight million people to be hospitalised with coronavirus, as it discussed a leaked Public Health England (PHE) briefing document.

– Mr Hancock said there had been an “enthusiastic response” to the Government’s request for factories to aid in the production of additional ventilators.

– Travel company Tui said it was suspending the vast majority of all travel operations until further notice, including package travel, cruises and hotel operations.

– A second British MP, Kate Osborne, Labour MP for Jarrow, in north-east England, said she has been diagnosed with coronavirus.

– Lead singer of The Killers, Brandon Flowers, posted a video on social media showing him washing his hands while singing Mr Brightside.

– The Braemar cruise ship which currently has 667 Britons on board is to set sail for Cuba, where all guests will be “repatriated back to the UK by air”, Fred Olsen Cruise Lines said.

– A petition for all doctors and nurses in the UK to be tested for coronavirus if they show symptoms has gained thousands of signatures.

Education Secretary Gavin Williamson is meeting school leaders on Monday to discuss the implications of school closures and exams being postponed, while Environment Secretary George Eustice is holding a conference call with food suppliers and supermarkets regarding continuity of supply.

On Monday, Transport Secretary Grant Shapps said people over the age of 70 will be asked to self-isolate “as and when the moment is right” – but that they would still be able to go outside and “walk the dog”.

Meanwhile, Scotland’s national clinical director said elderly people across the UK will not be asked to stay at home.

Professor Jason Leitch said this group will be asked to reduce social contact, but family visits from people without symptoms will not be banned.

He added that school closures are “not inevitable”, as this measure does not help with the spread of the virus.

He added it might be appealing to close schools and colleges, “shut the border, hunker down… and reopen in two weeks’ time”, but added: “It doesn’t work.

“The science suggests the virus will be there. So when you reopen, the vulnerable will be hit again and your spike will just be later.”

Some in the scientific community have criticised the Government for taking a slower and more relaxed response to the pandemic than other countries.