"If the Cornish are so bad, why did he come here, stay here and alter our landscape?" 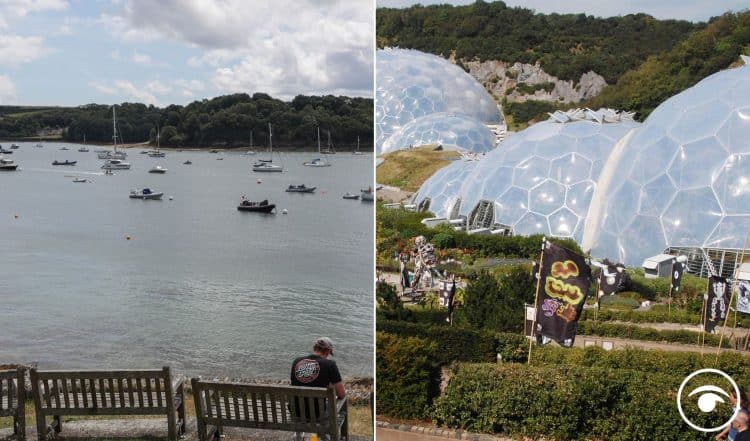 The co-founder of the Eden Project has apologised for comments he made about Cornwall after labelling “quite a few” of the locals as “tossers” while defending his friend Rick Stein.

Sir Tim Smit, 67, executive vice-chairman of the Cornish tourist attraction, has brought millions of visitors to the county but caused a stir with his comments about the residents.

In a podcast, Sir Tim defended his friend, Padstow-based chef Stein, from criticism he receives in some quarters for “representing” Cornwall while not coming from the county.

Sir Tim suggested Stein’s Cornish detractors could represent themselves more if they were “a bit more f articulate”.

He made the comments on comedian Seamas Carey’s podcast The Reason Why about life in Cornwall.

Sir Tim told him that Stein is “personally quite anxious about being seen as a spokesman for Cornwall because he knows you get bricks thrown at you for saying you speak for anybody here”.

He added: “One of the problems in Cornwall is if you say anything – if you’re not Cornish – they say you’re an arrogant so-and-so speaking for the (locals).

“You feel, and I don’t, but you feel like saying, ‘Well, if you were a bit more f articulate, you could speak up for yourself.’

“You’ve all got mums who made the best pasties in the world and you talk about the good old days … but they’ve been bad for about 70 years because of tossers like you.

“What I would say to quite a few Cornish people is that you cannot define your life in terms of what you don’t like. You’ve got to define it in terms of the sunny uplands you’d like to aspire to.

“It is factually correct that Cornwall has been dealt a bad hand and it deserves significantly more.”

After he was criticised for the comments, Sir Tim issued an apology.

“I’m sorry that some of the comments I made in the podcast have caused offence,” he said.

“I hope that when people listen to the whole piece they will realise that I was speaking in the context of defending my friend Rick Stein and my strongest words were directed at people who seek to damn him for making Cornwall attractive to outsiders.

“I wasn’t intending to comment on Cornish people as a whole, rather some of those who would tell you that the past was better than now when the truth is different; it was not.

“Cornwall has been my home for more than 30 years and I don’t want a few harsh words on my part to damage the many friendships I’ve made in a place I love.

“My comments in the round are extremely pro-Cornwall and the rightness of anger at the neglect of this special place – and an encouragement not to attack the wrong targets.”

Some of the reactions to his outburst include:

“If the Cornish are so bad, why did he come here, stay here and alter our landscape?”

“His sunny uplands are all paid for by the taxpayer. Muppet.”

“An articulate person does not need bad language to get their point across Mr Smit, they have sufficient vocabulary to express themselves.”

“What most Cornish people direct their hope and ambition towards, is creating a Cornwall free from land grabbing, greenwashing, egomaniacs, so blinkered by their arrogance that they presume they can hide their true intention behind their green sheen PR and marketing, that are deceptively used to persuade the public that their aims are environmentally friendly.”

“The thing that is most arrogant is that he actually thinks he ‘speaks for the Cornish’ when nothing could be further from the truth.”

Related: Fishermen in Cornwall say they were ‘sold a dream’, a year since Brexit