Jeremy Corbyn’s opponents in the press have been accused of “running out of ideas” after The Times’ Senior Political Correspondent accused the Labour leader of being Trump-esque. The allegation came after a chance screengrab captured Corbyn striking a similar hand-pinch pose to the Republican President during a speech. Lucy Fisher also noted that the new […] 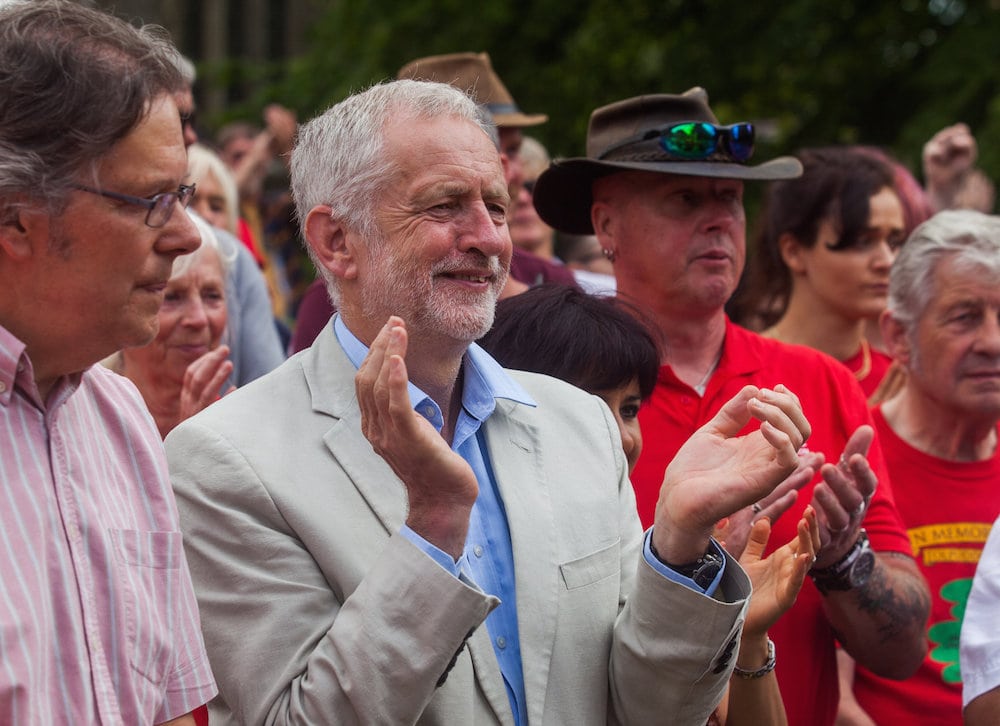 Jeremy Corbyn’s opponents in the press have been accused of “running out of ideas” after The Times’ Senior Political Correspondent accused the Labour leader of being Trump-esque.

The allegation came after a chance screengrab captured Corbyn striking a similar hand-pinch pose to the Republican President during a speech.

Lucy Fisher also noted that the new Labour website “does nothing to dispel personality cult accusations” by featuring Corbyn speaking to “adoring fans”.

Her attack has since been dubbed “embarrassing” and has led to people jokingly calling Corbyn a “finger-curling monster” who “must be stopped”.

Bizarrely Trump-esque pose by Corbyn in this shot on Labour’s homepage. The hand ! pic.twitter.com/23EmuYfiev

The mainstream media has been forced to back-tracked on its anti-Corbyn stance held during the run-up to the General Election after the Labour leader made significant gains on the Conservative Party.

Labour has since gone from strength to strength in the polls, but it hasn’t stopped certain publications scraping the barrel to find insults.

Fisher was a staunch critic of Corbyn in the run-up to the 2017 General Election, towing the mainstream line that Labour had become a party of “Leninists“.