Jeremy Corbyn was combative mood in today’s PMQs demanding that the PM puts her Brexit deal to parliament immediately. The Labour leader accused the government of behaving in a ‘totally unacceptable way’ to the House of Commons. May had cancelled the vote this week and instead made a dash across Europe trying desperately to get […] 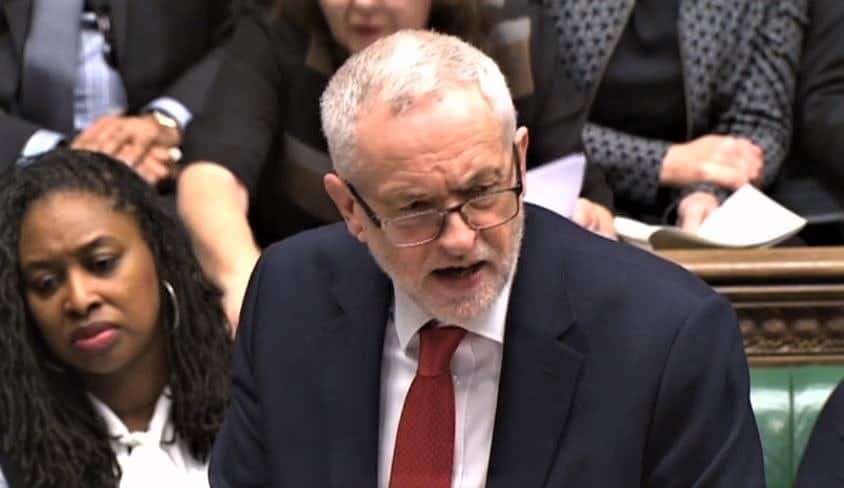 Jeremy Corbyn was combative mood in today’s PMQs demanding that the PM puts her Brexit deal to parliament immediately.

The Labour leader accused the government of behaving in a ‘totally unacceptable way’ to the House of Commons. May had cancelled the vote this week and instead made a dash across Europe trying desperately to get some concessions for her deal.

Corbyn said he was “delighted to see the prime minister back in place after her little journeys”. He continued: “Having told the media this morning that she’s made progress, can she now update the house on what changes she has secured to her deal?”

May said she had been heard on the backstop: “No one that I met yesterday is in any doubt about the strength of concern in this house on this issue of the duration of the backstop.”

The Labour leader then asked: “Since the prime minister has not achieved any changes either to the withdrawal agreement or the future partnership, can she now confirm that we will have the concluding days of debate and votes within the next seven days, before the house rises for the Christmas recess?”

May said the date of the new vote would be “announced in the normal way.”

This made Corbyn furious, who then told the House the PM was treating parliament with contempt.

Corbyn said: “It is totally and utterly unacceptable to this house, in any way.