Serving prisoner Steve Gallant has come forward to speak out about the London Bridge attack for the first time. 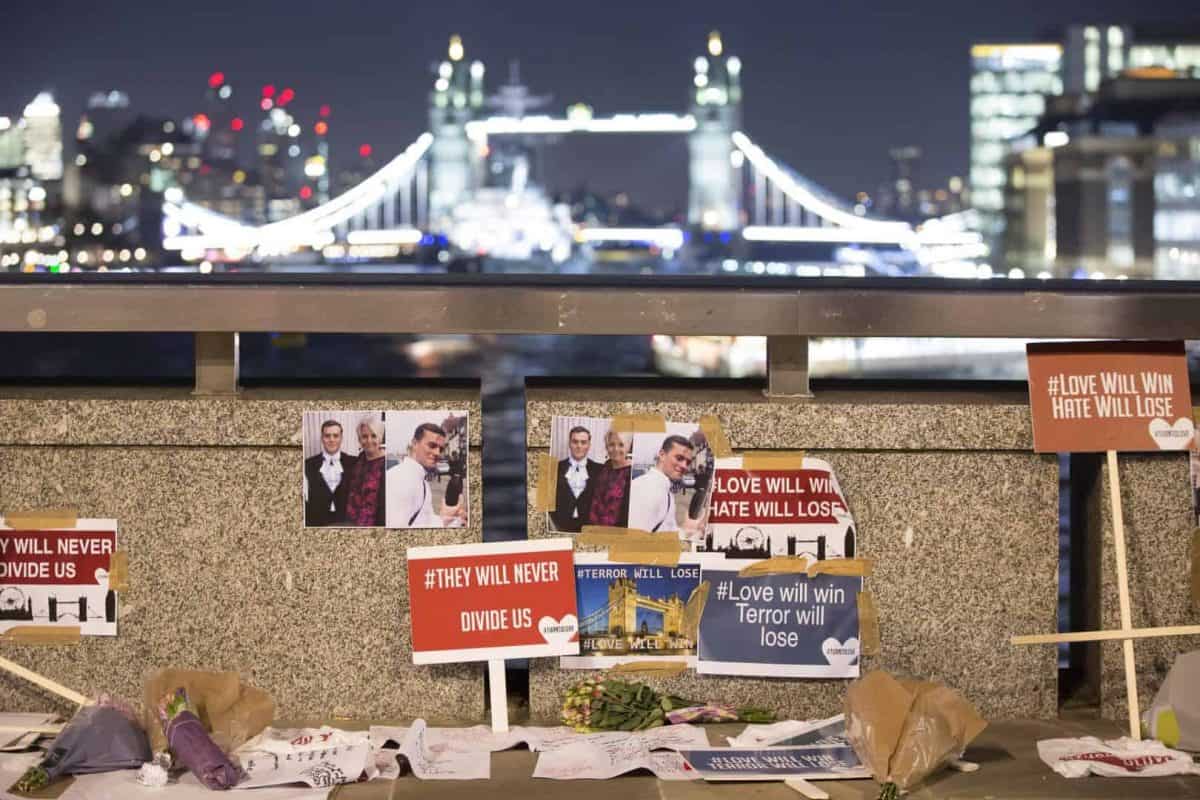 A convicted murderer has revealed how he “did not hesitate” to help fight off a terrorist on London Bridge.

Serving prisoner Steve Gallant told how he took on Usman Khan as he embarked on a killing spree armed with two knives and wearing a fake suicide vest during the Learning Together rehabilitation project event at Fishmongers’ Hall in London on November 29.

Jack Merritt and Saskia Jones died in the attack.

Gallant, one of two men convicted of killing Barrie Jackson in Hull in 2005, had been allowed out on licence that day for the first time since his sentencing.

‘He was a clear danger to all, so I didn’t hesitate.”

The 42-year-old, who was jailed for a minimum of 17 years, helped restrain Khan on London Bridge before he was shot dead by police.

Harrowing footage shows Gallant, wearing a purple top with the sleeves rolled up, and two other men, running on to the bridge after Khan and tackling him to the ground.

Speaking publicly for the first time about Khan’s rampage, Gallant said he heard noises downstairs and went to investigate despite “orders to stay in the conference hall”.

In a statement issued through his lawyers, he said: “I could tell something was wrong and had to help.

“Khan was stood in the foyer with two large knives in his hands.

“He was a clear danger to all, so I didn’t hesitate.”

Using a chair and narwhal tusk handed to him by civil servant Darryn Frost, who revealed last month how he had also risked his life to take on the attacker, Gallant tried to hold Khan back.

He said: “Khan also showed us the bomb around his waist in an attempt to frighten us.

“We then chased him on to London Bridge and restrained him until the police arrived.”

Gallant and James Gilligan were jailed for carrying out a revenge attack on 33-year-old ex-fireman Mr Jackson.

The pair lay in wait for Mr Jackson outside a pub after believing he attacked Gallant’s girlfriend. He is thought to have been bludgeoned with a hammer, kicked and punched to death, according to a 2008 Court of Appeal judgment which dismissed Gallant’s application to quash the conviction.

But since going to prison, Gallant, who will be eligible for parole in 2022 subject to approval, has “vowed never to turn to violence again”.

Instead he learnt to read and write and is now in his third year of a business studies degree.

He has co-written several plays, one of which was recently performed at the Royal Court Theatre in London, his lawyers at Hudgell Solicitors said.

Gallant said: “Nobody has the right to take another’s life and I offer my sincere apologies to my victim’s family for the hurt caused.

“I can never bring that life back, and it is right that I was handed a severe penalty for my actions.

“Once I’d accepted my punishment, I decided to seek help.

“When you go to prison, you lose control of your life.

“Your own future relies on the decisions of others.

“Bettering yourself becomes one of the few things you can do while reducing the existing burden on society.”

Inspired by the Learning Together project after he met the founders, Gallant applied to take part from behind bars.

As part of the programme he has worked with a team of students in Cambridge producing legal advice guides and has become a mentor.

Losing course co-ordinators Mr Merritt and Miss Jones is an “unbearable blow” and the “sense of loss is immense”, he said.

Mr Merritt, who Gallant met in 2016, was a “role model and friend”, he said, adding: “Jack didn’t care who you were, he cared about you and your future, he saw who you could become and did not define you by your past.

“I will miss him badly.”

Miss Jones was “highly respected and loved” by those involved with the course, he added.

Gallant has resolved to “keep doing positive things” and was “certain” the pair would wish for the programme to continue.

Although initially reluctant to speak out, Gallant decided to come forward after Ministry of Justice employee Mr Frost revealed how he took on Khan.

Gallant said: “I would like to say a special thanks to Darryn.

“Had he not passed me the narwhal tusk at that crucial moment, not only could I have been killed, the situation could have been even worse.”

Mr Frost, a 38-year-old South African who has lived in the UK for 14 years, spoke out too in a bid to urge people to unite against terrorism and raise money for the victims’ families.

He has since launched the website extinguishhate.co.uk as part of his campaign.

Gallant described former prisoner John Crilly and the chef called Lukasz who also stepped in as “extremely brave”, adding: “I would like to say thank you to everyone who did their best on that tragic day and I hope that the injured recover as quickly as possible.”