Confusion over Sunak’s vow to ‘abolish’ backlog of asylum claims

“No one trusts the Conservatives to fix the asylum system they’ve broken over the last 12 years.” says Labours Yvette Cooper 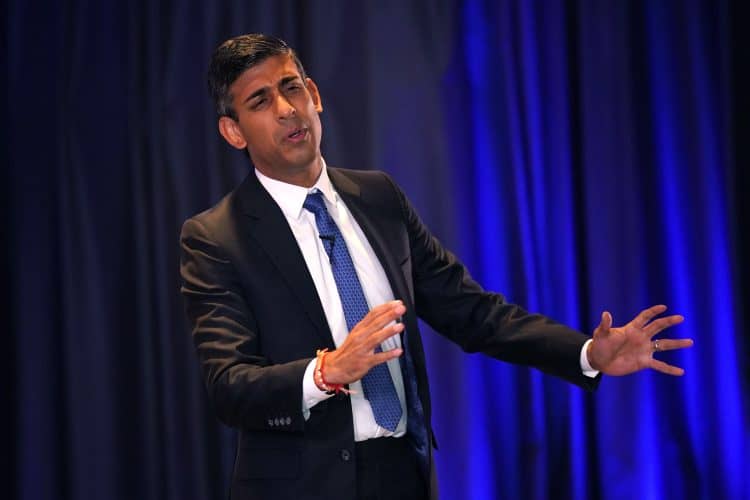 The Prime Minister’s pledge to “abolish” the backlog of asylum claims by the end of 2023 has been called into question after officials admitted only a portion of applications would be cleared.

Labour claimed Rishi Sunak’s vow was “already falling apart” amid confusion over the scale of his ambition.

Setting out a five-point plan in a bid to grip the migrant crisis in the Commons on Tuesday, Rishi Sunak said “unless we act now, and decisively, this will only get worse”.

Among a raft of new measures unveiled to curb Channel crossings, he told MPs “we expect to abolish the backlog of initial asylum decisions by the end of next year” after hiring more caseworkers and overhauling the system for processing applications.

But within hours Downing Street appeared to downgrade the target, insisting the Prime Minister had only committed to clearing the backlog of claims made before June.

The latest published Home Office figures show in the year to September there were more than 143,000 asylum seekers waiting for a decision on their claims, with nearly 100,000 waiting more than six months.

Facing questions from MPs, Mr Sunak told the Commons: “Our plan is to clear the initial asylum backlog by the end of next year. It’s about 117,000 currently on published statistics.”

Later, his official spokesman told reporters the Prime Minister was committing only to getting rid of clearing a backlog of 92,601 initial asylum claims made before June, when the Nationality and Borders Act came into force.

“It wouldn’t be right to prioritise those more recent claims, it would be right to focus on the legacy claims that predate the introduction of the Act,” he added.

The spokesman could not give a deadline to tackle all the claims, nor could he give a figure for a planned quota for asylum seekers.

A Government spokesperson later said the plans to clear the “initial asylum decision backlog of legacy cases” involves “making an initial decision in all cases that have been outstanding since before June 28 2022, which is when we changed the system through the Nationality and Borders Act to reform how we process cases.

“This allows us to differentiate claims for the first time depending on whether people come to the UK through legal or illegal routes.”

“This claim to be able to tackle the backlog by the end of the year is already falling apart just hours after he made it.

“No one trusts the Conservatives to fix the asylum system they’ve broken over the last 12 years.”