Andrew Lawrence has seen his shows axed after making racist remarks on Twitter on Sunday. 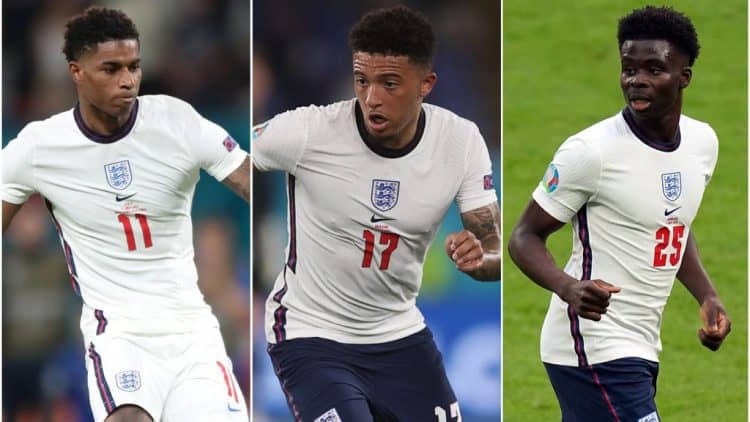 A comedy club has been threatened with violence after cancelling shows by so-called comedian Andrew Lawrence, after he tweeted racist comments about England’s black footballers.

The trio’s social media pages were quickly flooded with racist comments, leading the prime minister and the FA to condemn the “disgusting behaviour”.

When criticised for his remarks, he replied: “I can see that this has offended a lot of people, and I’m sorry that black guys are bad at penalties.”

His comments drew widespread condemnation. Several venues quickly announced that they were cancelling his bookings on his forthcoming tour, and Lawrence was dropped by his agent.

One venue – The Concorde Club in Hampshire – has since revealed that their decision to cancel Lawrence’s show was greeted by threats of violence towards their staff.

In a statement on their official Facebook page, the club wrote that they had been left “shaken” by one particularly “evil” email.

The post read: “Sometimes I despair at some people in the world and today is another day of this. Further to our difficulties yesterday with having to cancel a comedian date due to his tweets, our staff have been subjected to threats of the most evil kind.”

It went on to describe an email sent by someone called “Gordon” that “left some of our staff shaken”. They added that they had notified the police.

A number of other venues also cancelled Lawrence’s scheduled appearance. Hampshire’s Hanger Farm Arts Centre wrote: “Following the racist comments made by comedian Andrew Lawrence on Twitter we made the decision to cancel his show.

“As a part of learning disability charity Minstead Trust, we work hard to promote inclusivity, provide safe spaces for everyone and have zero tolerance for racism.”

Another venue in Worcester added: “Following recent tweets from Andrew Lawrence’s account we have stopped selling tickets for his show and removed from our website. Worcester Live do not support hate speech in any form and we are currently liaising with Andrew’s agent.”

Following the abuse towards players on Sunday, an FA spokesman said: “The FA strongly condemns all forms of discrimination and is appalled by the online racism that has been aimed at some of our England players on social media.

“We could not be clearer that anyone behind such disgusting behaviour is not welcome in following the team. We will do all we can to support the players affected while urging the toughest punishments possible for anyone responsible.

“We will continue to do everything we can to stamp discrimination out of the game, but we implore Government to act quickly and bring in the appropriate legislation so this abuse has real life consequences.

“Social media companies need to step up and take accountability and action to ban abusers from their platforms, gather evidence that can lead to prosecution and support making their platforms free from this type of abhorrent abuse.”

Scotland Yard also condemned the “unacceptable” abuse, adding that they will be investigating the “offensive and racist” social media posts.