'People who own a private jet, yacht and rockets shouldn't get to say anything about climate change,' said one Twitter user. 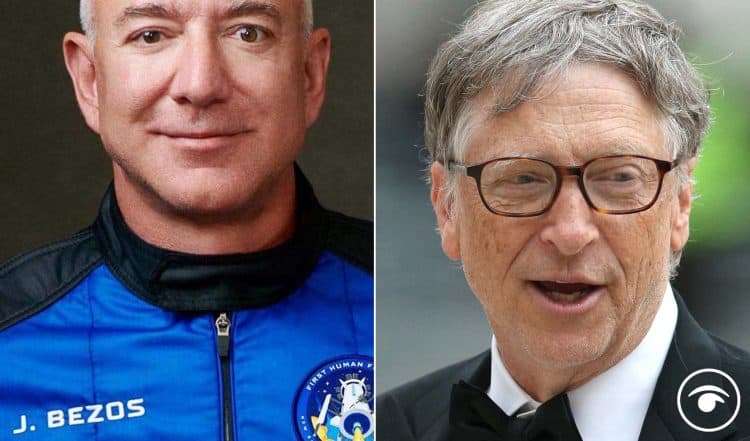 Amazon founder Jeff Bezos will join the Prince of Wales at a Cop26 event promoting the greening of north Africa, Clarence House has confirmed.

However, he has been accused of rank hypocrisy after spending huge sums flying into space. Also Bill Gates flew Bezos and fifty guests in helicopters to Turkish beach resort from his $2M-a-week yacht, just before he came to the crucial climate event.

Charles was pictured having an informal chat with the billionaire businessman and his girlfriend Lauren Sanchez on Sunday night following the G20 summit in Rome.

It is understood they met to discuss Mr Bezos’s charitable body’s commitment to nature ahead of a Cop26 event in Glasgow promoting the Great Green Wall.

The Great Green Wall is an Africa-led initiative supported by French President Emmanuel Macron which aims to combat desertification by creating a stretch of green and productive landscapes across the width of north Africa.

Charles is co-hosting the session alongside the French leader and his Mauritanian counterpart Mohamed Ould Abdel Aziz, who is chairman of the Conference of Heads of State and Government of the Pan-African Agency of the Great Green Wall.

Gates transported his guests by helicopter from his $2million-a-week rental yacht ‘Lana’ to the Sea Me Beach club in Fethiye.

According to reports, Bezos also traveled to Gates’ superyacht by helicopter.

The Blue Origin founder is said to have made the 120-mile round trip journey by helicopter from Govoka to the resort town of Fethiye.

‘The sick and twisted for a “66th” birthday party,’ tweeted one Twitter user, who accused them of having a ‘do as I say not as I do’ attitude.

‘The horrendous energy waster Bill Gates makes his contribution to CO2 reduction for his 66th birthday by having his fat body transported by his own yacht and then by helicopter to a certain place.’

‘Guess the rules don’t apply to them?’ according to Rose Y.

RD Carrington commented: ‘More from people who will be bashing the rest of us again next week about – climate change.’

‘These are the people putting us in our place and lecturing us about about the so called “climate crisis”.’