Warmer cities could be fuelling climate change by stunting the growth of trees and increasing pests. Replanting tress are often cited as one answer in trying to capture carbon, but new research has found that cities are are reducing the tree’s carbon capture capacity by an eighth, because the hotter the urban environment becomes, the more trees become […] 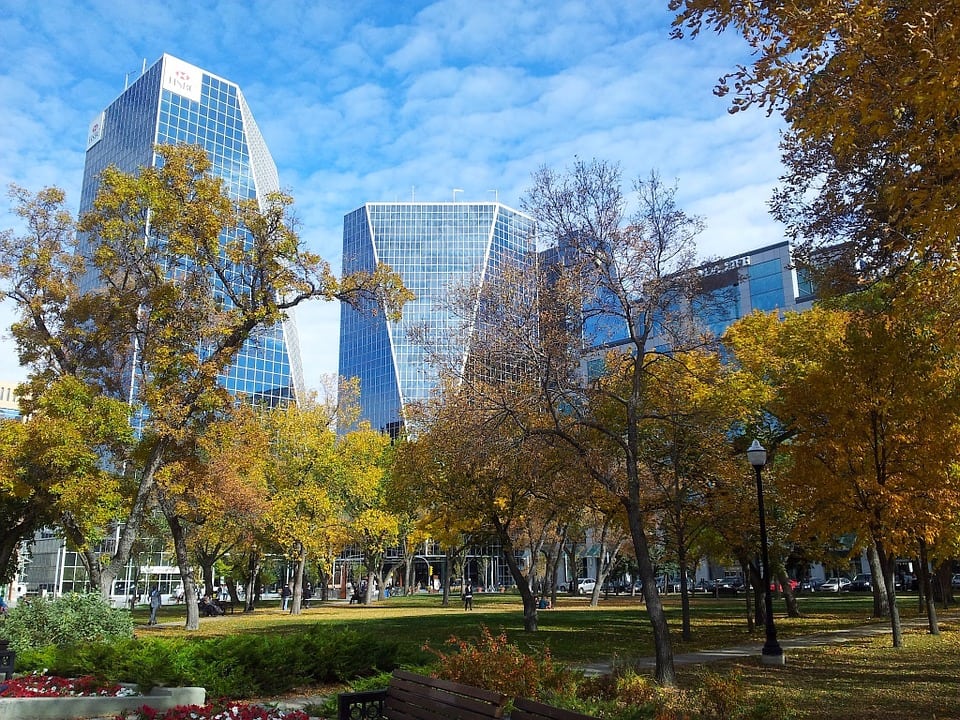 Warmer cities could be fuelling climate change by stunting the growth of trees and increasing pests.

Replanting tress are often cited as one answer in trying to capture carbon, but new research has found that cities are are reducing the tree’s carbon capture capacity by an eighth, because the hotter the urban environment becomes, the more trees become infected with pests which reduces the growth of branches. And even if the trees are pest-free, they still have slower growth and smaller trunks.

In the study 20 pairs of willow oaks across Raleigh, North Carolina, were either treated with an oil that kills pests, or left untouched. The sites were located across a variety of different temperatures, and air was monitored at each site over the course of the experiment.

“We wanted to know how urban warming and pest abundance affect tree growth, since trees pull carbon out of the atmosphere and convert it into biomass.

“This is important, because we know high levels of atmospheric carbon play a role in climate change.” The study published in Proceedings of the Royal Society B tracked the growth of all 40 trees for two years by measuring the circumference of the trunks and the growth of branches. The researchers also measured each tree’s photosynthesis, which is how trees capture carbon from the atmosphere and is a key marker of their health.

The North Carolina State University researchers found scale insects and spider mites, well known tree pests, were more abundant at hotter sites. Specifically, spider mite populations more than doubled when a site’s average temperature crossed a threshold of 16.4 degrees Celsius (61.5 degrees Fahrenheit). And the hotter it got, the more scale insects there were.

The researchers also found warming damaged tree photosynthesis and growth, regardless of whether pests were present. Dr Meineke said: “Trees that did not have pests had more branch growth than trees with pests.

“But trees at warmer sites had less trunk growth, which accounts for more tree biomass, regardless of pests.”

The researchers then plugged these results into a model to determine the extent to which urban warming impacted carbon storage for all of the willow oaks in Raleigh.

Explained Dr Meineke: “We found urban warming reduced carbon storage by all of Raleigh’s willow oaks by 12 per cent, or 27 metric tons per year.

“We think the findings are generalisable to other tree species and other cities, especially hotter cities like Atlanta, but additional work needs to be done to determine whether that is the case.”

It has been known for more than 100 years that cities are usually warmer than rural areas, a phenomenon known as the urban heat island effect.

A significant portion of incoming solar energy is used to evaporate water from rural locations. But cities do not have this open soil and vegetation. As a result, more of the incoming solar energy goes directly to heating the roads and buildings, allowing the temperature to rise more rapidly.

During the night, the stored heat energy in roads and other structures is slowly released into the air, which slows the cooling process. This keeps cities warmer than rural areas at night as well as during the day. Tall buildings also block infrared radiation from escaping and further slow the cooling process. Vehicles, factories and air conditioners add more heat to the atmosphere and further enhances the heat island effect.