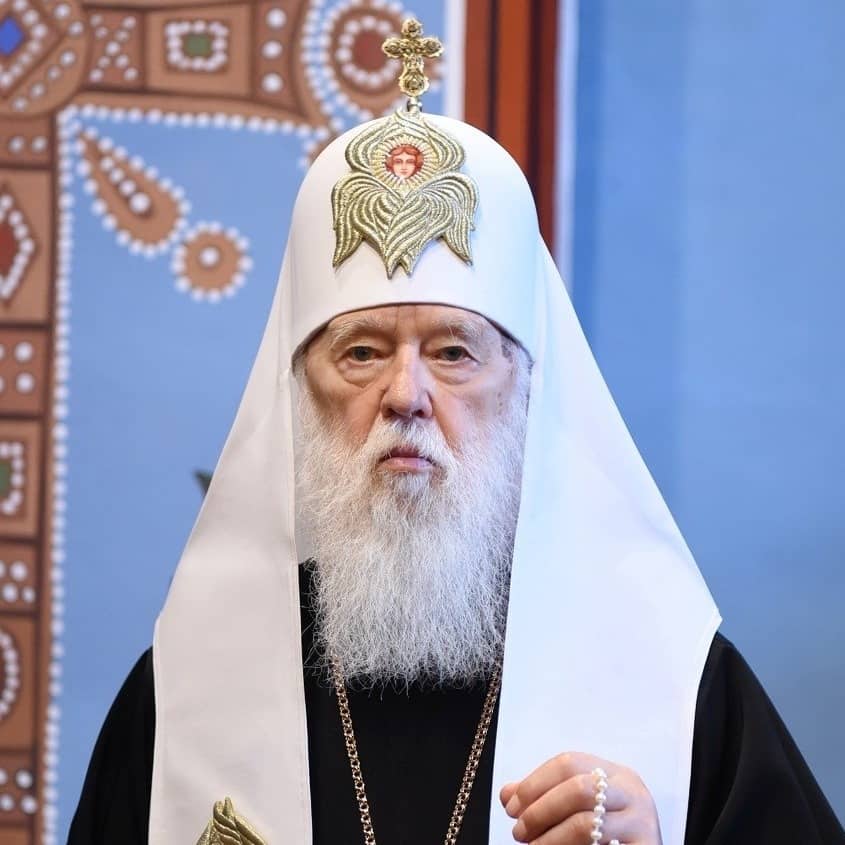 A church leader in Ukraine who had blamed the pandemic on same-sex marriage and the “sinfulness of humanity” has tested positive for Covid-19.

The Honorary Patriarch Filaret of the Orthodox Church of Ukraine has reportedly been hospitalised after testing positive for the virus.

At 91, he is one of Ukraine’s most prominent religious leaders and has amassed around 15 million followers.

But his earlier comments on the causes of the coronavirus outbreak sparked outrage from LGBT groups, who raised concerns about the “harmful statements” he had made on marriage equality.

According to Ukrainian website 112.international, he has developed pneumonia – but remains in a stable condition.

“We inform that during planned testing, His Holiness Patriarch Filaret of Kyiv and All Rus-Ukraine tested positive for Covid-19,” a statement on Filaret’s website read.

“Now His Holiness Bishop is undergoing treatment at a hospital.”

The Patriarchate’s press service added in a statement: “As the head of the church and as a man, the Patriarch has the freedom to express his views, which are based on morality,.

“The Patriarchate reserved the right to bring counterclaims against those who sought to abuse judicial protections to encroach on Ukraine’s traditional family values.”