"They cared enough to turn back the clock on the mantelpiece but forgot his wrist watch." 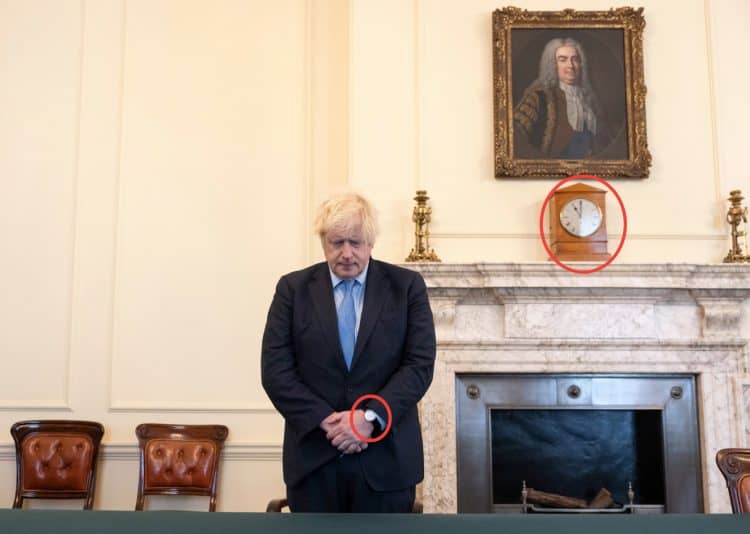 The prime minister, who is accustomed to clothing mishaps, was pictured standing in front of a clock at 11am, but his own watch showed 11.14am.

The time differences led to accusations that he was late to show his respects and lied about the time, forgetting to hide his own personal timepiece.

One Twitter user said: “They cared enough to turn back the clock on the mantelpiece but forgot his wrist watch.”

While Journalist Chris Stokel-Walker added: “Absolutely incredible scenes as Boris Johnson’s watch gives away that this wasn’t actually taken at 11am, despite the clock in the background.”

A Downing Street official, however, insisted the photo was definitely taken at 11am – and the PM’s watch was simply running 14 minutes fast, which is arguably worse!

As writer Tracy King put it: “I would go with ‘the prime minister sets his watch 15 minutes late to ensure he is early for meetings’”.

Others pointed out that it should come as little surprise that a man who struggles to do his own cuff buttons up cannot set the correct time.

Judge for yourself below:

You sure about that? pic.twitter.com/jjbowwZP6o