The anti-vaxxer was later arrested on suspicion of encouraging people to attack MPs’ offices. 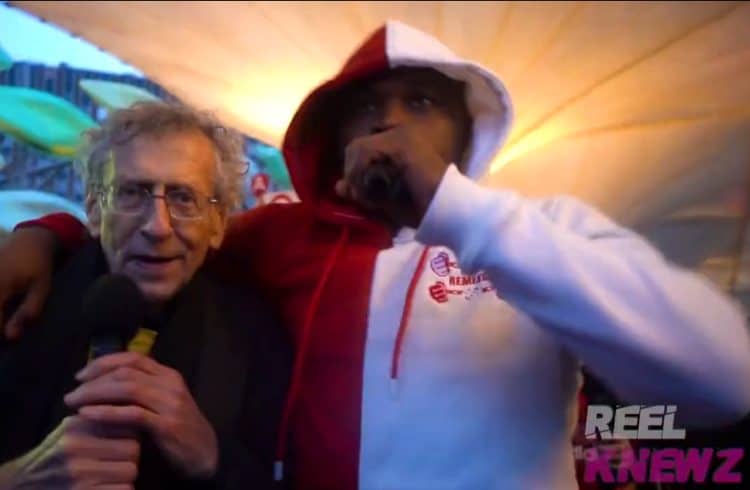 Piers Corbyn called on kids to “resist the vaccine” in a bizarre rap filmed this weekend.

The anti-vaxxer took to the streets to join protesters who descended on Downing Street in objection to the booster jab roll-out aimed at curbing the effects of the Omicron variant of Covid-19.

Police officers suffered “minor injuries” during “scuffles” at the protest in Parliament Square.

The force said that their officers were also subjected to “abuse and physical violence” elsewhere on Whitehall – leading to several more officers sustaining minor injuries.

A video of Piers Corbyn rapping made the rounds on social media, with Jim Felton tweeting that a child’s reaction 32 seconds in was the “correct” one.

Corbyn was later arrested on suspicion of encouraging people to attack MPs’ offices.

The Metropolitan Police said a man in his 70s – who it did not name – was arrested in Southwark, south London, in the early hours of Sunday.

“The arrest relates to a video posted online in which people were encouraged to burn down MPs’ offices,” the force said.

Earlier, the Met said it was assessing a video which appears to show Corbyn, 74, of Southwark, calling for MPs’ offices to be burned down.

Corbyn refers to his brother voting against the Government’s Plan B in the video, suggesting it was shot on December 15, the day after they were passed by a majority in the Commons.

“We got to support and welcome all of those who have rebelled or voted against Boris, ie rebelled from the Tories or my brother and his mates – they voted against the measures yesterday, which is a step forward.

“We have got to support all those and we’ve got to hammer to death those scum, those scum who have decided to go ahead with introducing new fascism.

“You’ve got to get a list of them… and if your MP is one of them, go to their offices and, well, I would recommend burning them down, OK. But I can’t say that on air. I hope we’re not on air.”

The comments have been widely condemned, with Mayor of London Sadiq Khan calling them “despicable and dangerous”, and Home Secretary Priti Patel describing the video as “sickening”.