A long-running campaign demanding the removal of the statue gained renewed attention amid the Black Lives Matter movement. 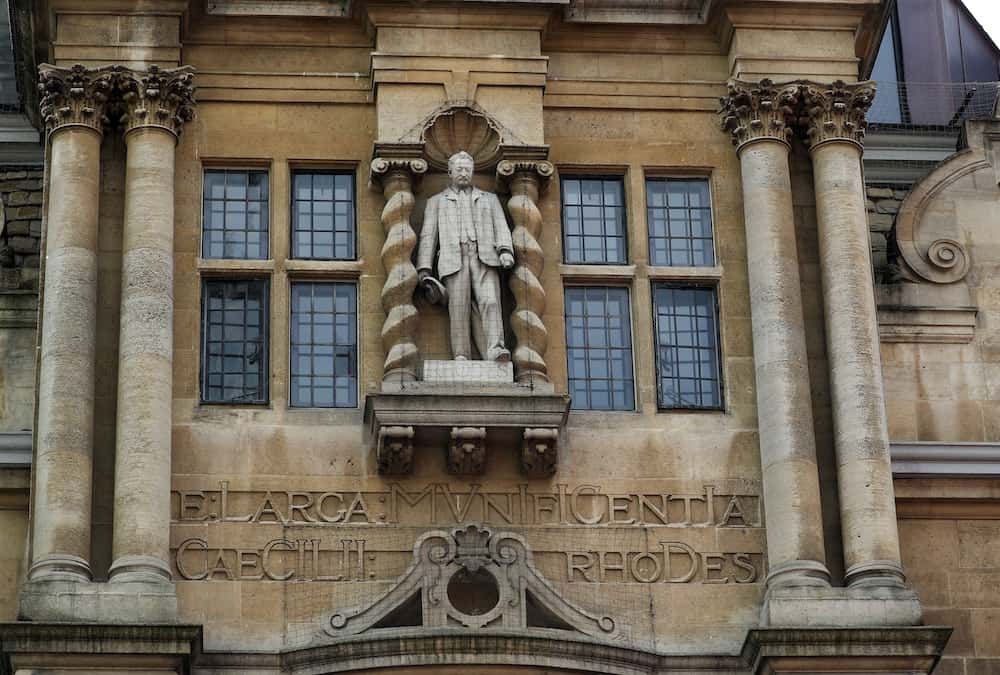 The controversial statue of Cecil Rhodes will stay outside an Oxford college until at least 2021.

The governing body of Oriel College “expressed their wish” to remove the statue of the British imperialist last month following a reignited campaign for it to be taken down.

The Commission, set up by the Oxford college to examine the statue’s future, will publish its findings in January 2021. No action will be taken before then.

The Independent Commission, while noting the governing body’s wish to see the Rhodes statue removed, has licence to consider a full range of options.

A public notice will be posted near the statue with details of the Commission and how people can contribute their views.

It comes after a long-running campaign demanding the removal of the Rhodes statue gained renewed attention amid the Black Lives Matter movement.

In 2016, Oriel College decided to keep the controversial statue in place following a consultation despite protests from campaigners.

Carole Souter, Master of St Cross College and chairwoman of the Commission, said: “I would like to express my personal gratitude, and that of the governing body of Oriel College, to all of the new commissioners for agreeing to undertake this timely and important work.

“Each of them has already made a significant contribution to the advancement of knowledge, access and diversity within their relevant sphere of expertise, and I look forward to chairing their discussions on how the Rhodes legacy can best inform the future of Oriel College.”