“Love is love. Know what we mean?”, they added. 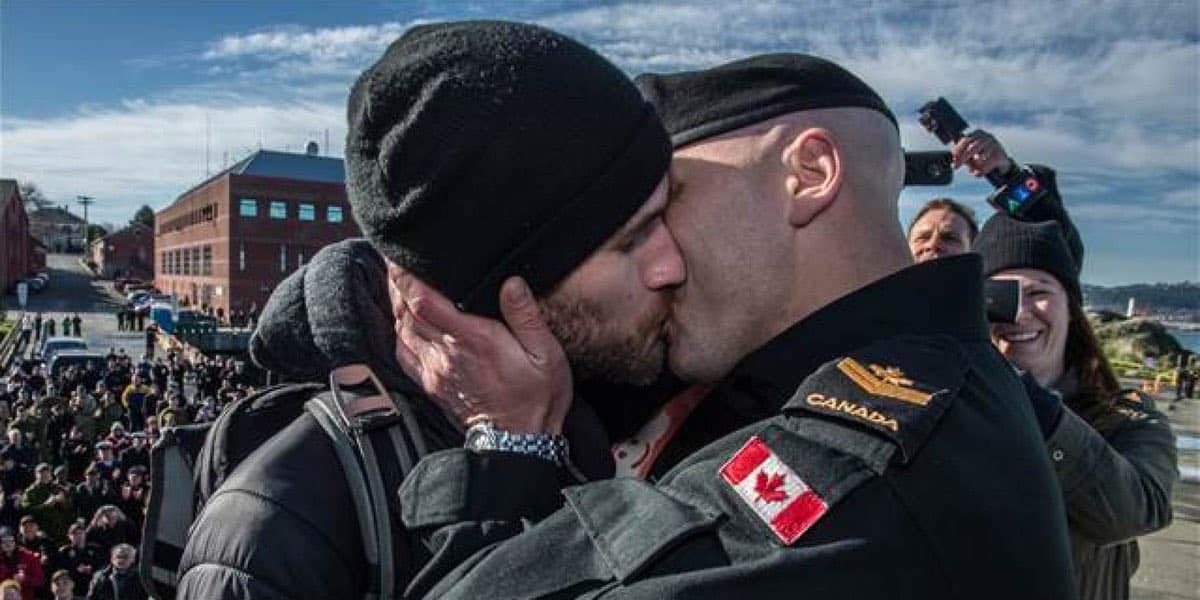 A photo of one of their members kissing another man went viral on the back of the social media takeover, with an accompanying message reading:

“Love is love. Know what we mean?”

If you wear our uniform, know what it means.

If you’re thinking about wearing our uniform, know what it means.

The white supremacist group gained notoriety earlier this week when US President Donald Trump refused to publicly condemn them during the first presidential debate with Joe Biden.

Responding to a question from moderator Chris Wallace, who asked if he would condemn white supremacist and militia groups that have showed up at some protests, Trump said: “Sure, I’m willing to do that. But I would say almost everything I see is from the left wing, not from the right wing.”

On the Proud Boys’ account on the messaging app Telegram, members of the group celebrated the apparent endorsement.

“Trump basically said to go fuck them up,” said one of the Proud Boys’ leaders in a chat on the right-wing social media app Parler. “This makes me so happy.”

In response, gay men have taken to Twitter to reclaim the #ProudBoys hashtag, flooding it with photos of happy – and proud – gay couples.

Drown out the noise!

Proud of these #ProudBoys pic.twitter.com/SYGrhok8dJ