Anne received the honour at the University of Aberdeen for her wide-ranging charity work. 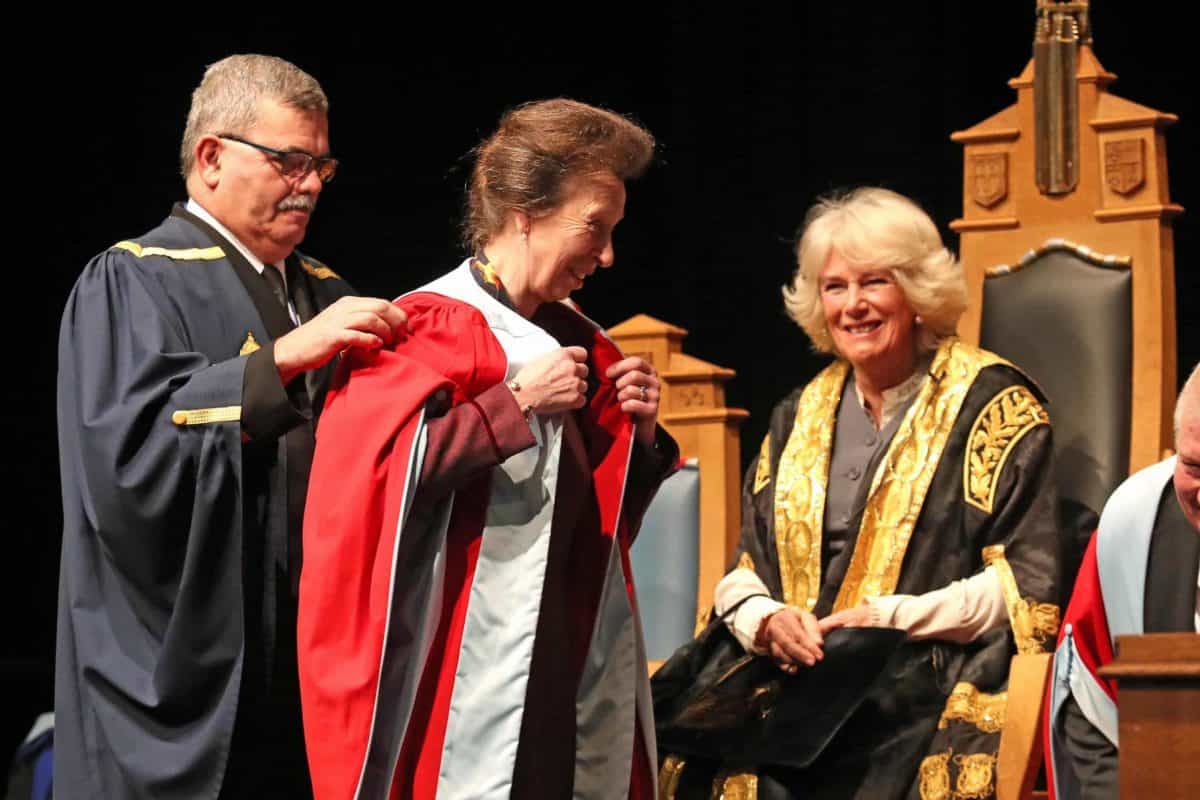 The Princess Royal has received an honorary degree for a lifetime of charity work – from her sister-in-law, the Duchess of Cornwall.

Anne, who is involved with 300 charities in the UK and overseas, including serving as patron of Save the Children, received a Doctor of Laws in a ceremony at the university’s Elphinstone Hall on Tuesday.

Camilla, known as the Duchess of Rothesay in Scotland, said she was not sure if there was “a collective noun for chancellors” before telling guests: “Ladies and gentlemen, we shall have no talk of rivalry today.

“But I might just casually observe that, while we are to celebrate our 525th birthday next month, the University of Edinburgh is comparatively youthful – a mere 437-years-old.”

The Princess Royal said it was a “real honour” to be recognised by the university.

Related – As a non-Royalist, why do I find myself increasingly defending its family members against so-called patriots?