Bobby Mason, 38, flew into a rage and grabbed PC Jack Moorhouse in a headlock after threatening to “rip his head off” 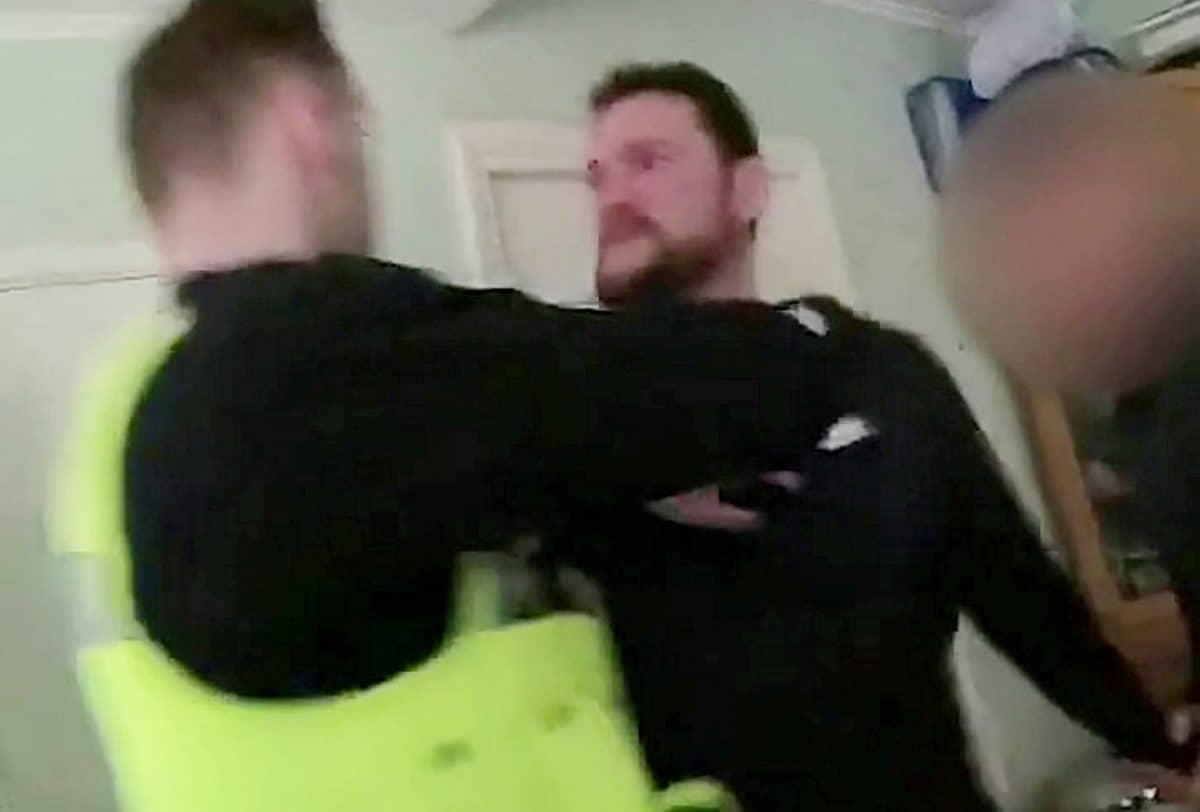 A crazed cage fighter has been jailed for a year after he was caught on police bodycam brutally attacking an officer and threatening to “rip his head off”.

Bobby Mason, 38, grabbed PC Jack Moorhouse in a headlock when he and PC Luci Boardman tried to arrest him for another assault.

Bodycam worn by PC Moorhouse shows Mason taunting him and asking him if his radio has an alarm.

He then threatens to “rip his head off”, while PC Moorhouse attempts to defuse the situation by replying: “Mate, I’m being fine with you.”

After being told he is under arrest, Mason flies into a rage and grabs PC Moorhouse by the neck and puts him in a headlock.

Bodycam worn by PC Boardman shows Mason trying to punch the officer before putting him in a choke hold while members of the fighter’s family beg him: “Let him go!

Cops eventually used Parva spray to incapacitate Mason and he was arrested following the attack on February 10.

Mason, of Wordsley, Stourbridge, West Mids., claimed PC Moorhouse had attacked him but didn’t realise the attack had been caught on bodycam.

He was jailed for a year on Thursday (25/4) after he admitted common assault and actual bodily harm at Wolverhampton Crown Court.

PC Moorhouse was taken to hospital where he was treated for minor injuries.

Detective Chief Inspector Pete Dunn, of West Midlands Police, said: “This
was an horrific attack on a police officer in the line of duty.

“It serves as a reminder to us all of the inherent dangers faced by police officers on a daily basis in our efforts to prevent crime, protect the public and help those in need.

“Mason, a trained cage fighter, would have known his own strength and deliberately wanted to debilitate and harm PC Moorhouse.

“Luckily, Jack wasn’t seriously injured, but no doubt this experience will stay with him for the rest of his career.”