"If they could get here I think I would help them, but because of Brexit and Ukrainians having to have a visa it's much harder." 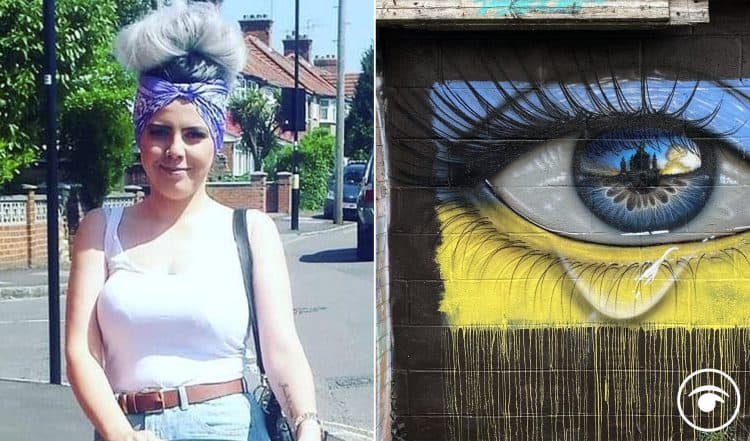 A British mum ready and waiting to give her spare room to Ukrainian refugees has urged the British government to let them in.

Kasia Gutowska, 24, said she has room for a mother and child at the home she shares with her husband and two sons, five and two.

She blames Brexit and visa restrictions for making it too hard for Ukrainians to get to the UK.

The Home Office said yesterday only 50 visas had been granted giving refugees permission to come to the UK.

Born in Poland and with family still in the country, Kasia said reports from home prompted her to offer refugees a safe haven at her own home in Pontypridd, Wales.

She has listed her home on an electronic map being circulated among refugees who have made it to Poland.

The map features thousands of churches, houses and communication centres to provide shelter for victims of Putin’s invasion.

Kasia, who has lived in the UK for fifteen years, said: “Because of Brexit and stuff like that it’s really hard for the Ukrainian people to come over here.

“But if Boris Johnson announced that they would be able to come over here I would take a family.

“There’s nothing I can physically do to help them, so offering them a home is the best I can do.

“My mother works with two Ukrainian women in a hotel, and one of them has family stuck there – but they’ve not been able to get in contact in days.

“If they could get here I think I would help them, but because of Brexit and Ukrainians having to have a visa it’s much harder.

“It’s horrible what’s going on in Ukraine, and it’s horrible for me because Poland is so close to it all.

“I wouldn’t wish it on my worst enemy to go through what these people are going through”.

Born in the small town of Pleszew in central Poland, Kasia says her local church have been supporting Ukrainian refugees and even travelling into Ukraine to provide support.

She explained: “Where I come from, where my Nana is, they’ve already taken about ten families – and that’s a really tiny town.

“We have a church with nuns and they’ve done everything they could. They’ve even gone over the border to take food to families and help bring people to Poland.

“I’m just hoping the Prime Minister will help them”.