Western powers must ensure fair and free elections take place in the country in December. 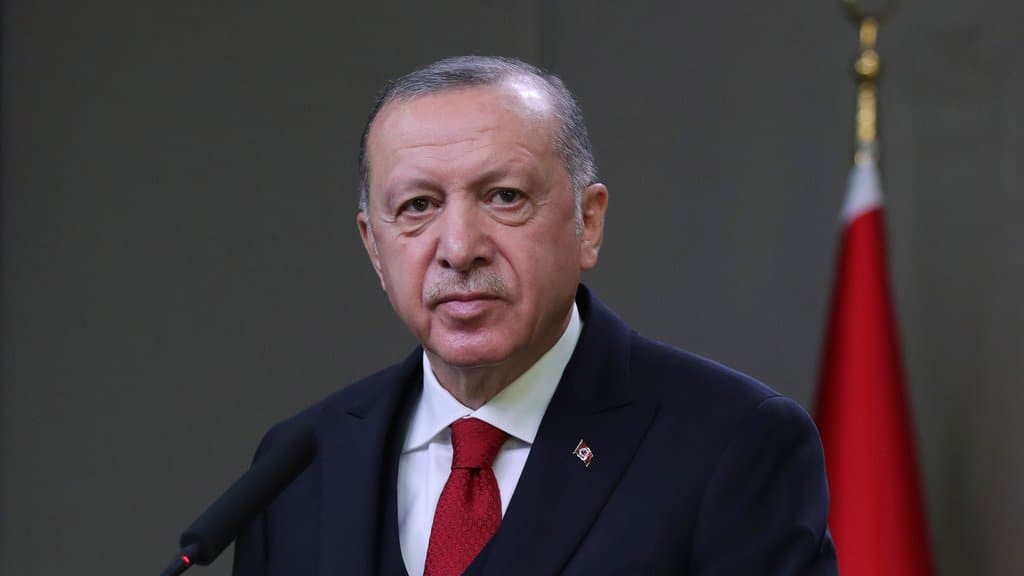 Fathi Bashagha, a former interior minister in Libya’s Government of National Accord and a candidate in the presidential elections scheduled for December, didn’t mince words during a recent trip to Brussels. The presidential hopeful, once described as “the [Muslim] Brotherhood’s man in the government”, laid much of the blame for his country’s plight on the UK, claiming that Britain was morally responsible for the current conditions in Libya. He accused successive British governments of not being involved enough in Libya and quickly losing interest in the fate of the country after taking part in the 2011 NATO operations against Gaddafi.

This inaction, according to Bashagha, prompted the Tripoli-based GNA to search elsewhere for allies—specifically, in Ankara, to which Bashagha has strong ties. Turkish strongman Recep Tayyip Erdoğan was only too happy to prop up the ailing GNA, and used the process to expand his influence in the region by flooding Libya with battle-hardened mercenaries and militiamen who had previously fought in Syria alongside extremist groups.

Behind Bashagha’s bombastic language, there’s a kernel of truth. On a visit to the country in 2013, David Cameron told the Libyan people that Britain ”stands with them”, but Downing Street has paid scant attention to Libya’s crisis over the intervening years. Britain’s diminished presence on the world stage in the wake of Brexit has allowed Turkey to fill the power vacuum with its own influence, a situation that risks further destabilizing the region.

Observers may quibble over how much blame Britain bears for Libya’s plight, but there’s no denying that the North African country is on perpetually shaky ground from a security standpoint. Indeed, Libya has been plagued by civil war for almost the entire decade since the fall of longtime dictator Muammar Gaddafi and has only recently reached an uneasy ceasefire, marked by the formation of a national unity government and the promise of elections this upcoming December.

Though Libya’s warring factions have laid down their arms for now, the sides are still as divided as ever: On one side there is the Tobruk-based House of Representatives, whose most influential leader is general Khalifa Haftar. Popular throughout the eastern half of Libya, Haftar became something of a hero to his supporters after liberating numerous cities from the control of Islamist militias—a campaign which also earned him international support from the likes of France, Russia and Egypt, who see him as the best chance for stability and peace in the region and a bulwark against Islamist groups including the GNA-affiliated Muslim Brotherhood.

On the other hand, there is the Tripoli-based Government of National Accord, a somewhat nebulous collection of businessmen and hardline Islamic groups who have the support of Turkey. Lacking a stand-out leader, the GNA enjoys some support from part of the west of Libya, but the presence of Turkey-funded jihadis and mercenaries in GNA territory has muddled the waters among its supporters.

Of Sultans and Empires

Turkey’s ambitions in Libya are anchored in Erdoğan’s well-documented admiration of 16th century Ottoman sultan Selim I, who expanded the Ottoman territory and influence to such a degree that in less than a decade the Empire was transformed from a strong regional player to a global superpower spanning three continents. Unlike other, perhaps more famous Turkish leaders, Selim didn’t try to conquer territory in Europe, but rather managed to unite almost the entire Muslim world, including Egypt, the Levant and the Arabian Peninsula, under Ottoman rule.

Erdoğan’s actions in recent years have made it clear that he fashions himself a Selim for the 21st century who seeks to extend Turkish influence in the Mediterranean basin by exploiting the instability of Muslim countries like Syria and Libya. In Libya’s case, the quid pro quo was clear—Turkey provided the GNA with weapons, drones and mercenaries which allowed the ineffectual government to stand their ground against Haftar’s well-equipped army. In return, Ankara expected power and influence—which they received.

In 2019, the GNA signed agreements granting Turkey the right to drill for oil in the Eastern Mediterranean, in waters already claimed by Greece. Fayez al-Sarraj, who served as GNA’s prime-minister since 2016, announced his resignation last year, reportedly due to the pressure coming from Erdoğan to appoint virtually every GNA state contract to one of his Turkish cronies. If Turkey’s meddling in Libya gives birth to a new Ottoman empire, it can be safely assumed that one aspect in which it will match the old one will be its legendary corruption.

Given the deep influence Erdoğan holds within the Tripoli camp, a GNA victory will be little more than a rubber stamping of Libya’s status as a Turkish protectorate, setting up the scene for future conflicts within the country’s factions.

The fact that thousands of Turkey-sent mercenaries are still in the country will undoubtedly serve as a further destabilizing factor. Despite pledging to withdraw its fighters from Libya following the formation of the National Unity Government, just days ago Erdoğan ordered the deployment of additional mercenaries to Libyan shores. With Turkey digging in its heels in Libya, fears are mounting over the conditions under which voting will take place in December.

Britain must join France and other Western powers in ensuring fair and free elections take place in Libya in December and guaranteeing its stability and independence in the long run. Refusing to do so would not only be failing the Libyan people, but would also further encourage Erdoğan to try and play sultan in the Mediterranean—all while pulling out another Jenga piece from under Britain’s waning global influence.